Dawn Butler MP on her exasperation with racism

When the basketball legend Kobe Bryant died alongside his daughter and seven other people in a helicopter crash at the end of January, the BBC reported on it with a clip of Bryant playing for the Los Angeles Lakers.

Except it wasn't Bryant, it was the current Lakers star LeBron James, who like Bryant is African American.

This week, the BBC aired a report from Parliament in which they misidentified Labour MP Marsha de Cordova as another black MP, Dawn Butler.

.@BBCNews @BBCPolitics I love my sister @MarshadeCordova but we are two different people. Marsha is amazing and deserves to be called by her own name. Diversity in the workplace matters it also helps to avoid making simple mistakes like this. pic.twitter.com/pXyrGKJ4hZ 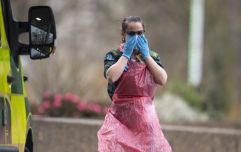 The UK government is not providing the NHS with adequate PPE

END_OF_DOCUMENT_TOKEN_TO_BE_REPLACED

Why do these mistakes continue to happen - not just on the BBC but across the British media - and why is it always black people who are misidentified.

Dawn Butler talks to JOE about being confused for her black colleagues by the British media, and her exasperation with racism.

You may also like
Politics
Andy Burnham: How will COVID-19 change our society?
Politics
Sadiq Khan: Will London be shut off from the rest of the UK?
Politics
Nadia Whittome: UK's youngest MP is returning to care work to help fight Covid-19
Politics
Emily Thornberry: Is China accurately reporting COVID-19 cases?
Politics
Are Britain's measures against the COVID-19 outbreak too little, too late?
Next Page