David Attenborough: Civilisation is on the brink of collapse

David Attenborough was chosen to represent the world's people at the COP24 summit in Katowice, Poland. Speaking from the 'People's Seat,' he admonished the nearly 200 nation delegates present saying: "The world's people have spoken. Their message is clear. Time is running out. They want you -- the decision makers to act now."

END_OF_DOCUMENT_TOKEN_TO_BE_REPLACED

"Leaders of the world you must lead," he added. "The continuation of our civilisations and the natural world on which we depend is in your hands."

"Right now we are facing a manmade disaster of global scale, our greatest threat in thousands of years: climate change...If we don’t take action, the collapse of our civilisations and the extinction of much of the natural world is on the horizon."

Sir David Attenborough at #COP24: "If we don’t take #ClimateAction, the collapse of our civilisations and the extinction of much of the natural world is on the horizon." #TakeYourSeat pic.twitter.com/kjbUvLntBf

A montage message was also played to the delegates, with warnings from people all over the world.

People from all over the 🌎 have taken part in creating this address, answering polls, creating videos & voicing their opinions about #climatechange in advance of #COP24> https://t.co/FdtFD5znxY The People’s Seat enables people to take personal #climateaction. #TakeYourSeat pic.twitter.com/zR4qqtex7Y 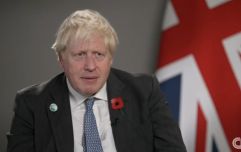 END_OF_DOCUMENT_TOKEN_TO_BE_REPLACED

"Do you not see what is going on around you?” asked one man. "We are already seeing increased impacts of climate change in China," says a young woman. Another woman can be seen standing outside her house as it burns to the ground. "This used to be my home," she says.

The summit was also addressed by UN secretary general, António Guterres. He told the delegates that "Climate change is running faster than we are and we must catch up sooner rather than later before it is too late...For many, people, regions and even countries this is already a matter of life or death."

Guterres highlighted the importance of the latest summit, indicating that it was the most crucial since Paris and that it had to deliver on its firm commitments. "We have a collective responsibility to invest in averting global climate chaos," he said.

The COP stands for the Conference of Parties. It was the COP21 which lead to the famed Paris agreement in 2015, the legally binding agreement to climate change where countries are obliged to keep global warming well below 2 degrees celsius.

The delegates of COP24 will have taken Sir Attenborough's words seriously after he called climate change, "our greatest threat in thousands of years."