The Higher Education (Freedom of Speech) bill is intended to allow individuals that feel they have been no-platformed by universities to sue for perceived infringements on their freedom of speech. 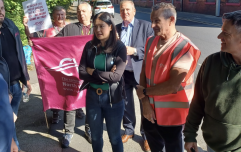 END_OF_DOCUMENT_TOKEN_TO_BE_REPLACED

The legislation applies to universities and student unions, and will allow a regulator to impose fines for supposed breaches.

This could mean that universities that un-invite or no platform speakers for extremist views, like Holocaust denial, could sue for compensation.

Education secretary Gavin Williams says the new laws will tackle "the chilling effect of censorship on campus once and for all", but insists that it will not allow Holocaust denial.

END_OF_DOCUMENT_TOKEN_TO_BE_REPLACED

The government’s decision comes after several high profile cases of universities uninviting speakers due to pressure from the student body - such as former Conservative home secretary Amber Rudd’s invitation to the Oxford Union being rescinded due to her role in the Windrush Scandal.

However, campaigners say there is hypocrisy in preventing universities from acting freely with respect to who they do and do not platform. 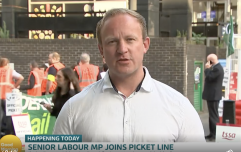 END_OF_DOCUMENT_TOKEN_TO_BE_REPLACED

General secretary of the Union and College Union (UCU), Jo Grady, told BBC Radio 4’s Today: "We think that this bill is a serious threat to freedom of speech and academic freedom on campus."

She added: "We think that it is an incredible over-exaggeration of issues in order to push this through."

Charlotte Nichols, Labour MP for Warrington North and shadow women and equalities minister, has condemned the government’s new legislation - saying it is part of a manufactured and unnecessary “culture war” which has been “imported from the US.”

“The legislation is totally pointless," she told JOE.

"It’s all part of this sort of confected culture war nonsense and is very much taken from the Trump playbook.”

Nichols, who is Jewish, raised concerns that the bill may not only protect Holocaust deniers but deniers of all genocides.

Today, I raised a Point of Order in the house: Holocaust denial should never be protected speech. pic.twitter.com/XCbZ5rAm45

“The justification for the legislation is that it is protecting free speech and creating a vibrant debating culture within academic institutions - but it doesn’t,” she said.

“The idea that challenging historical facts - such as whether the Holocaust happened - has any academic merit whatsoever is nonsense.

“And clearly, fundamentally, it makes life on campus less safe - not only for Jewish students, but also students from Romani gypsy backgrounds, LGBT backgrounds, disabled students, and descendants from every other community that was a victim of Nazi persecution.”

Nichols said the government’s behaviour is also a distraction from what she sees as the "actual problems" on university campuses across the UK.

“The government needs to look at the actual problems that we have in higher education,” she said.

The shadow equalities minister also raised concerns about the possible green light for Holocaust denial enabling the far-right in the UK.

At present, far-right extremism is the fastest growing threat in the UK - and there have been several recent incidents of neo-Nazis being convicted of terrorism, including a police officer.

"I think they're risking unleashing some very dangerous forces that they won't be able to control," she said.

"We’re already seeing how these very extreme voices and elements are seeping into the mainstream as the Conservative Party.

Yet another Warrington Conservatives council candidate dropped for their far-right views- @WendyMaisey really knows how to pick them! I guess given her own views it shouldn't come as a shock anymore.

"Locally, in Warrington, my constituency, there was the council candidate selected who sent me stuff about the Aryan race - there was another [Conservative] candidate who was a Tommy Robinson supporter and tweeted loads of really vile stuff about Islam," she said.

Nichols says this it is a "very disturbing time" for the country - and fears the government may create a "force that they are not going to be able to control."

"It’s really quite a disturbing time for the country," she said.

"And, as I said, I just want them to focus on the actual issues that our country faces... like a plan for social care - something that will actually improve people's lives rather than this nonsense, which is performative."