Alastair Campbell on self-harm and happiness

Alastair Campbell was asked to give an interview to JOE.co.uk discussing an upcoming Brexit deadline and Jeremy Corbyn's suspension from the parliamentary Labour party. He declined, suggesting we explore depression instead, himself experiencing a depressive episode at that moment. 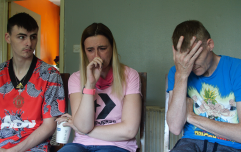 END_OF_DOCUMENT_TOKEN_TO_BE_REPLACED

Every day the former director of communications at Tony Blair's 10 Downing Street gives himself a score, one to 10. One is pure joy, unadulterated happiness, and 10 is feeling suicidal. Campbell never gives himself a one or a 10 and on three or four days he claims to wake up and ask his wife how they'll change the world together that day. When we speak it's a seven.

"Pretty shit," is the reply.

A brow's furrows deepen, the voice thins and an eye droops - Campbell notices the physical form of his depression. He tries to shave every morning and, when he does, shaves another point off the score. "One of the few good things about depression is the feeling when it lifts. That is worth living for," he muses. 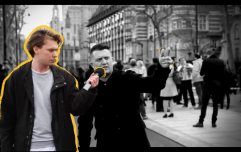 END_OF_DOCUMENT_TOKEN_TO_BE_REPLACED

National politics could be one of several triggers. Sleepless nights and days on the sofa watching CNN as the election slid toward Joe Biden ran most political enthusiasts down but Campbell feels a personal detachment, a dislocation from power's corridors and iPhones. It's a sense of not being able to make an impact that depresses him, exacerbated by "crap" cabinet ministers in TV studios and President Trump's refusal to concede the election.

This feeling of low upset can lead to self-harm. The spin doctor now views his past alcoholism as a form of it but also inflicted physical violence on himself. In 2005 while out for a walk with his wife, Fiona Millar, Campbell began to punch himself in the face so hard he was left bruised.

After this moment Campbell sought help and now lists a "guy I talk to, David," as a reason he'll never get to 10. "I won't kill myself," because he'll talk to someone first.