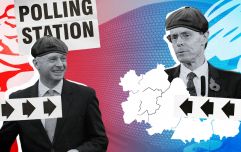 END_OF_DOCUMENT_TOKEN_TO_BE_REPLACED

Conservative Johnny Mercer said his last assessment of Theresa May's government, when he described it as a "shitshow," was "wildly optimistic."

The former British Army captain is the MP for Plymouth Moor View.

Mercer provided fresh insight into how the Tory leader is viewed on by her backbench in an interview with JOE for its series Outside Westminster.

Theresa May and Johnny Mercer during the 2017 snap election (Credit: Dylan Martinez)

"I think I might have been wildly optimistic," Mercer said. "I feel very passionately about the power of politics for good. So when I see what's going on at the moment I find it tough to get alongside."

"I find the best thing is to say your piece when you have something to say and then just leave it. Don't get wrapped around the axels of people being horrible to each other. 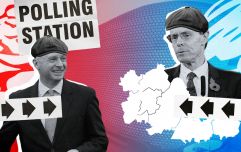 END_OF_DOCUMENT_TOKEN_TO_BE_REPLACED

"People are being badly let down at the moment. For the vast the majority of people, go and talk to anyone around here, they're absolutely sick to death of Brexit.

"The inability to deliver on that referendum and to straighten this problem out has been the hallmark of a failure by the political class in this country. That's why I came into politics - because I felt it didn't work. I think we've seen no greater failure.

"I actually think we're at a spasm of the end of an era of a career politician and personally I can't wait for that to be over.

"All the ongoing bitterness and fighting, it's just so boring. It's quite removed.

"Seeing colleagues go out onto College Green and talk to TV crews about, for example, colleagues forgetting to take their medication. 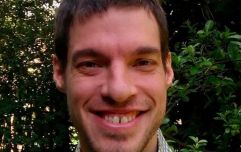 END_OF_DOCUMENT_TOKEN_TO_BE_REPLACED

"Basically denigrating colleagues for suggesting that this prime minister might not be leading us in the right direction, having known that 24 hours previous to that they were canvassing friends of yours to support either their leadership bid or, actually, their boss' leadership bid.

"To watch that total failure of character is a little bit depressing, really."

popular
Chelsea forced to change Stamford Bridge changing room after Liverpool complaint
Pierce Brosnan has the perfect response to trolls who attack wife's weight
Woman stabbed to death before knifeman run over and killed as driver ‘tries to save her’
Evan Rachel Wood claims Marilyn Manson ‘essentially raped her’ in music video
TikTok star Jack Wright accuses Sienna Mae of sexual assault
McDonald’s has removed the ‘best item’ on its breakfast menu for good
Hero Jordan Henderson tries to prevent Liverpool fan from taking shirt off child
You may also like
News
New record as more than 430 migrants cross Channel in one day
News
Theresa May urges Priti Patel to reconsider policing bill: 'our freedoms depend on it'
News
All living former prime ministers have condemned Boris Johnson's latest Brexit move
News
Gavin Williamson nominated for MP of the year award
Politics
This is how much Theresa May could earn now she’s no longer prime minister
Next Page