How has he not gone yet?

After seeing a senior politician has been pictured in what looks like a compromising position, in direct opposition to his own incredibly restrictive rules laid out to the whole country, you'd be forgiven for thinking that would be the end of his career. 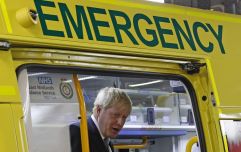 No deal is the most likely Brexit outcome, so what was the point of austerity?

END_OF_DOCUMENT_TOKEN_TO_BE_REPLACED

Evidence of irresponsible behaviour is one thing, violation of the public trust during a global disaster is another.

But, for all the outrage and newspaper columns in recent days dedicated to Matt Hancock's alleged affair, he's somehow still managing to cling on to his position as Health Secretary.

And when you look at Prime Minister Boris Johnson's own rap sheet of supposed indiscretions, it's not hard to understand why.

i am sorry but hancock must be the least sexy person in the entire world, it’s making me want to die pic.twitter.com/EXiklmI1gP

Johnson himself has faced accusations of an affair during his stint as mayor of London, which raises difficult questions for the PM if he were to ditch Hancock.

But running through all this, there is one common thread, and that is the contempt with which the Tory party hold the British public. 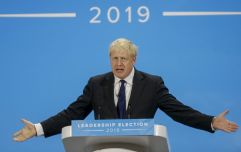 MPs block Boris Johnson from suspending parliament. Get ready for a general election this year

END_OF_DOCUMENT_TOKEN_TO_BE_REPLACED

Within the pictures themselves runs an underlying evidence of contempt in Hancock's breach of his own rules, at a time when family members of people dying of Covid were unable to see them to say goodbye.

Even the Queen had to sit alone at the funeral of the Duke of Edinburgh. Yet here we have pictures that seem to show Matt Hancock flagrantly disregarding the sacrifice of the nation so he can have a quick kiss with an aide.

When the pictures were first published, the country rightly spoke out in anger, demanding explanations from our most senior politicians who are supposedly 'leading' us through a national crisis.

What we got instead was a three line apology, and a brief statement - through a spokesperson no less - from the PM saying he considers the matter closed.

Herein lies perhaps the most outrageous moment of Hancock-gate: The Prime Minister said that evidence of a senior official perhaps falling short of the expected values of public life, with a fellow public servant who was allegedly 'secretly' appointed, who's brother has reportedly received NHS contracts during the pandemic, was a 'private matter.' 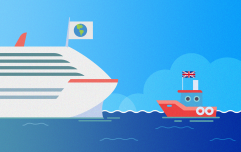 Under the guise of taking back control, the UK is taking itself out of the international order

END_OF_DOCUMENT_TOKEN_TO_BE_REPLACED

Such open disregard for the public interest is par for the course for this government, but to throw away this scandal as nothing more than a private fling shows how shallow his thoughts for the public good really are.

During a time when the nation's success in the fight against coronavirus is determined largely by public confidence and cooperation with the institutions and regulations that govern them, it is despicable to let this confidence play second fiddle to any perceived political loss of firing a close ally.

Hancock has made many poor decisions during the pandemic, and each figure on the UK's death rate since March 2020 is a glaring testament to that fact, so it's difficult to imagine the public would feel particularly aggrieved at Johnson letting him go.

We must deduce, then, that the only reason Hancock has managed to stay in position for this long, is due to the government placing optics above the very real threat of an impending third wave.

All the while, Hancock has not faced the public, and Johnson has been incredibly quiet on the matter.

The cowardly last few days have laid bare this government's true priorities, and they certainly don't lie in seeing the nation through the pandemic. They are altogether more selfish and damaging.

The only way to reinstitute what little public trust remains is for Hancock to leave his post. Every moment that he does not is a message to the public that the Tory government believes it is one rule for them, and another for the rest of us.

popular
Mum who drove into Insulate Britain in rage says 'I just gave them a nudge'
Everton footballer has bail extended until January
Facebook 'plans to change its name next week' in major rebrand
Watford staff unhappy with Ben Foster's commitment to vlogging on club time
Steve Bruce admits it was hard to be called a 'tactically inept cabbage head'
Jack Grealish donates £5k towards fundraiser for woman who died in Merseyside car accident
More people died from Covid yesterday than the same day last year
You may also like
News
Michael Gove mobbed on the street as police rush to protect him from 'freedom protestors'
News
CCTV images ‘show Amess murder suspect hours before attack’
News
Downing Street issues winter warning as daily Covid cases near 50,000
News
Colin Powell: Former US Secretary of State dies due to complications from Covid-19
News
'I'm not into golden showers' Donald Trump declares in bizarre off-script moment
Next Page