A woman from the US state of Alabama has pleaded guilty to two charges of robbery, while authorities believe she intended to use the stolen money to pay for plastic surgery. 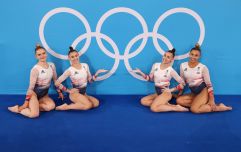 END_OF_DOCUMENT_TOKEN_TO_BE_REPLACED

The charges of robbery related to an incident at a BancorpSouth bank in Mississippi in March 2019.

Iconic Facce, a transgender woman, used the stolen money to get plastic surgery in Mexico, where she had procedures carried out on her lips, cheeks and nose.

The trial was due to start in June, however Facce asked her lawyer to give a 'guilty' plea ahead of the planned trial date. Facce's offering of a guilty plea comes after two years of discussions between the court and her attorney.

Circuit Judge Randi Peresich Mueller has this week sentenced the defendant to 15 years in prison for each charge to be served concurrently.

District Attorney Crosby Parker said: "We commended the Gulfport Police Department and their steadfast work in identifying, locating and apprehending this defendant. Their work is evidenced by this defendant requesting to plead guilty prior to the trial date. The sentence handed down by the court holds the defendant accountable for her actions and assists in providing closure to the victims of this crime."

On 22 March 2019, police were called to a local branch of BancorpSouth bank in Mississippi. Officers were told by staff at the bank that Iconic Facce had entered the bank on Cowan Road to steal money.

Facce handed the female teller a note which contained an ominous threat and ordered the bank to hand over a large sum of money. The teller then complied and handed Facce the money.

END_OF_DOCUMENT_TOKEN_TO_BE_REPLACED

Facce, who lived in Ashford, Alabama, was arrested by police eight days after the robbery at Houston International Airport, on her return from Mexico.