So powerful it had to be plugged into an outlet. 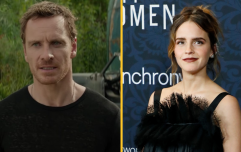 People born in April are officially the sexiest, study finds

END_OF_DOCUMENT_TOKEN_TO_BE_REPLACED

She wrote: “I woke up with the thing going beside me because I got super drunk last night and rolled on top of it which flicked it on.

“I honestly think it was minutes away from setting my whole apartment on fire, which is both embarrassing and terrifying.”

Reddit users have been quick to offer their advice, though the best advice would probably be to unplug it after use. 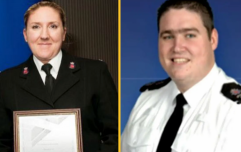 END_OF_DOCUMENT_TOKEN_TO_BE_REPLACED

But other Reddit users were quick to say that it wasn't a product fault but due to the careless nature of the original poster. "She forgot to unplug it for weeks from the charger it was clearly overheating."

"They should turn off automatically after a certain amount of time," says another.

"I'm surprised that the vibrations didn't wake you up. You must've been WAY out of it," another wrote.

popular
Watford staff unhappy with Ben Foster's commitment to vlogging on club time
Nigel Farage says another IRA slogan in latest Cameo trick
Everton footballer has bail extended until January
Mum who drove into Insulate Britain in rage says 'I just gave them a nudge'
Passengers who allegedly filmed rape of woman on train unlikely to be charged
QUIZ: Name all 50 of these 2000s Champions League players – #4
Gordon Ramsay's daughter Tilly calls out radio host for 'fat shaming' her live on air
You may also like
Fitness & Health
Men with larger noses have bigger penises, a study shows
Entertainment
Jake Gyllenhaal says filming sex scenes with Jennifer Aniston was ‘torture’
Sex
'My mum and I share my husband - it brings us closer together'
Sex
Internet is divided over mormon sex term 'soaking'
Fitness & Health
Men should ejaculate 21 times per month to reduce cancer risk
Next Page