In July and August we conducted a huge study into the behaviours and beliefs of men in the UK in 2016.

With 15,000 men answering questions on issues including Brexit, mental health, alcoholism and exercise, we wanted to paint a picture of men in the UK so we can get to know you all a bit better. 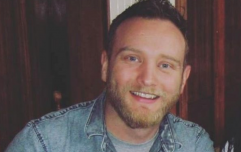 END_OF_DOCUMENT_TOKEN_TO_BE_REPLACED

Some of the topline stats were a huge surprise, we found out that 60% of men who have suffered from depression have never even spoken to anybody else about it (60 per cent!), but that 93% of men say they want to be an active part in helping their mates who suffer from mental health issues.

The juxtaposition of these two stats sends two clear, but confusing, messages:

One of our main missions at JOE is to get men talking. Our Mental Health Awareness Week coverage got men talking publicly on comment threads about depression, suicide and alcoholism, and if we can do more of this, hopefully we can make it so that more men who suffer from depression feel comfortable talking to their mates about it, and more groups of friends feel comfortable asking each other if everyone's OK.

How do we get men talking to each other about mental health?

This is the hardest step, because to talk publicly about your mental health still requires an incredible level of bravery due to the stigma and misconceptions around mental health. 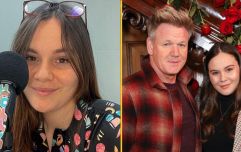 END_OF_DOCUMENT_TOKEN_TO_BE_REPLACED

But, if you've got good people around you, the first step could be to talk about it privately.

If you're a guy out there, reading this, and – like me – you're in a few Whatsapp group chats with your mates, start a conversation about mental health. Just ask everyone how they're doing today. One of my mates does this a couple of times a week and invites anyone who's having a stressful day to DM him and chat about it, even if I'm having a good day when he asks, I know that if I'm ever suffering I can call on him, and he now knows he can do the same with me.

Start conversations about your own mental health with people you trust, not only will this benefit you by giving you somebody to talk to, but it will benefit the other person by giving them the same thing.

Some people don't want to talk about their own mental health problems, it's as simple as that. But that doesn't mean you can't help them.

Knowing you care, knowing you're there – that's important.

It's not easy, collectively we have to try and undo decades worth of stigma around mental health, and we have to battle against a national culture that largely promotes and glorifies going through life with a stiff upper lip.

We also have to look at mental health as being more than just depression, stress and anxiety. While it feels as though it's more normalised for men to be talking about their experiences with depression now than it was even just four or five years ago, it still feels as though we heavily "other" people who suffer from bipolar or schizophrenia as being "mad" and "crazed".

There's a long way to go, but change starts with all of us.

And don't forget, guys, it's not just men who suffer from mental health problems, it's quite likely that women you know and love are suffering, and could do with your help.

I'm in the 40% of men who have suffered from mental health problems and *have* spoken to people about it, but I've never spoken about it publicly, only privately. So I'm going to change that.

I was first aware I was suffering badly from depression almost exactly two years ago, out of nowhere I felt a constant sense of isolation and disconnection from those around me, and I developed the urge to self-destruct. I was rude to my mates, I didn't turn up to social events I said I'd go to, and I'd ignore calls/messages from people. I drank too much (it's easy to disguise this when you are 25 and you work for a tabloid news publication which has a historic social drinking culture).

But everyone who knew me well knew that this change in my behaviour was down to something else, and they stuck with me, they carried on messaging me and calling me until I was ready to talk.

Of course, Richard might just think you're all a bunch of boring pricks, but it's worth dropping him a line and asking him if he's alright either way.

Two years on, I'm doing better, I understand what is going on in my head and I'm able to stay on top of it with counselling, mindfulness and medication. But there are peaks and troughs, and this is what really takes it out of you – these are often on a day-to-day basis, such as waking up one day full of energy, creativity and passion for work, life and well, pretty much everything, only to wake up the next day not wanting to get out of bed. There's this tiny voice in the back of your mind (the voice that's the *real* me) screaming at you that you love your life, you love your job, you're doing just great – only there's a much louder one at the front of your mind telling you that you're worthless, that everyone thinks you're a dick (if you think I'm a dick that's fine, by the way), that you can't possibly achieve all the things you hope to achieve in life.

The peaks and troughs can also exist on a longer-term basis; the last four weeks of my life have been a hellish battle trying to get used to a new type of medication I've switched to because I was on my old meds for slightly too long. The effects of my previous cycle of medication wore off, and the new ones hadn't come into play, and the feeling is something that can only be described as being drunk, but without any of the positive side effects. I was spaced out, anxious, slow.

If you've been feeling like this, you're not alone, and if you want to talk about it, I'm easy to find – tweet me and I'll follow you and we can talk about it through DMs.

Even publishing this, there's a small fear in the back of my mind that talking about it publicly could affect my future job prospects years down the line (I know from having hired a fair few people in recent months that bosses will definitely search your name on Google), that there will be friends and acquaintances who don't fully understand the complexities of mental health problems and might think that I'm weird or in some way defective. But I'm also hoping there will be some people who are reading this, who are suffering, and who have never spoken to anyone about it, and I'm hoping you might speak to a friend or family member about it, because you really should, take it from me.

What can the media do?

Well for a start we need to eliminate the trivialisation and demonisation of mental health issues, particularly on the front pages of tabloids.

This is a huge, huge hill to climb, not a week goes by where you don't see somebody with mental health problems demonised in the media, or a public figure call somebody else a derogatory, lazy term such as "lunatic" or a "madman".

But we also need to put our money where our mouth is. We need to use our platforms to talk about mental health. And we're committed to doing that at JOE.