Wetherspoons is planning to reopen pubs 'in or around June'

The chain has been closed for over a month

Wetherspoons pubs have been closed since March 20 when the government announced that all restaurants and bars were to close from midnight. 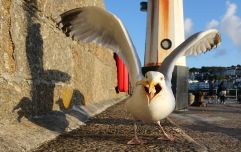 END_OF_DOCUMENT_TOKEN_TO_BE_REPLACED

The chain's 879 pubs have now been shut for 40 days but the reopening will depend on if and when government restrictions are lifted on non-essential businesses.

But Wetherspoons have claimed they have started to plan for a reopening of their pubs and hotels "in or around June".

#Breaking Wetherspoon’s is starting to plan for a reopening of its pubs and hotels “in or around June”, the company has announced 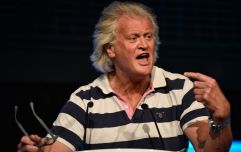 END_OF_DOCUMENT_TOKEN_TO_BE_REPLACED

Founder Tim Martin initially resisted calls to pay his employees their full salary while closed, telling them to go and find jobs in supermarkets until Wetherspoons could hire them back, leading to a petition that received over 30,000 signatures.

He later made an embarrassing U-turn and agreed to furlough staff on 80% pay.

While Wetherspoons is planning to re-open, reports have suggested that pubs will be the last businesses allowed to re-open and patrons could be limited to 'two or three' drinks.

Eyal Winter, a government advisor on lockdown exit plans has told the Guardian that any businesses re-opening would need to abide by strict social distancing measures in a post-lockdown world.

The economist also said that those in government are worried that pubs and bars will be overrun after lockdown is lifted. He told the paper: “People are starving for pubs.”

popular
Premier League player arrested on suspicion of rape facing two more allegations
Lurpak spotted on sale for £9.35 in supermarkets - with security tags on packs
Towie’s Yazmin Oukhellou and Jake McLean had ‘furious row in Turkish club’ minutes before horror crash, report claims
British schoolboy breaks internet after attending prom in sequined tuxedo ballgown
Conspiracy theorists believe the world will end today - here's why
Teens are turning up to watch Minions in suits - and why cinemas have been forced to ban them
Albert Riera forced out of first Olimpija Ljubljana press conference by club ultras
You may also like
News
Wetherspoons to cut beer price for next month with 99p pints
Food
Facebook group dedicated to counting Wetherspoons chip portions is absolutely amazing
News
Wetherspoons records biggest loss on record
News
Wetherspoons to slash prices for one day to protest hospitality tax
Food
Tim Martin is getting roasted on Twitter after Wetherspoons runs out of beer
Next Page