Wear face masks and get booster jabs to save Christmas, warns Javid

The ball is in our court, apparently

Amid reports that the number of covid-related deaths is rising, Health Secretary Sajid Javid has urged Brits to get their booster jabs and wear face masks if they want to save Christmas.

Despite a relaxed approach to the pandemic in recent months, the government has doubled down on its covid messaging in the hopes of deterring the implementation of further restrictions.

Sajid Javid says people in enclosed spaces should "wear a face mask" and "think about those around them."

Meanwhile, on the Conservative benches. pic.twitter.com/T3ofYPPBF6

Javid, who took up the Health Secretary role after a disgraced Matt Hancock was forced to leave the position earlier this year, has warned that cases couch reach 100,000 a day as we approach the festive season.

Though the government has not yet put rules and restrictions in place, they have warned that it's basically up to the general public to manage the control of the pandemic and reduce transmission.

The Health Secretary has reminded the public that the "pandemic is not over" amid calls for politicians to implement 'Plan B'. Such plans would include the return of mandatory face masks, working from home and a covid pass for mass gatherings.

Sajid Javid just described deaths as "mercifully low".
Since his "Freedom Day", thirteen thousand, nine hundred and eighty-six people have died of Covid in the UK. What's merciful, or low, about that? 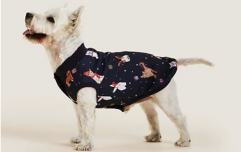 END_OF_DOCUMENT_TOKEN_TO_BE_REPLACED

"We have always known that the winter months would pose the greatest threat to our covid recovery, and we are starting to see this impact," Javid said in his first official press conference as Health Secretary.

"If we all play our part, then we can give ourselves the best possible chance in this race, get through this winter, and enjoy Christmas with our loved ones."

He continued to say that it's essentially up to the people to decide the government's reaction - and should our response be swift, they will not have to instigate restrictions.

‘There are many things we can all do..like wearing face coverings in crowded or close spaces..’
-Sajid Javid 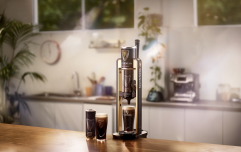 END_OF_DOCUMENT_TOKEN_TO_BE_REPLACED

He added: "Am I saying that if we don't do our bit, get vaccinated, all those behavioural changes that we can make, that we are more likely to face restrictions as we head into winter? Then I am saying that."

He has also warned MPs to "set an example" despite numerous images and videos of Javid himself and his conservative colleagues appearing unmasked while in parliament.