He struggles to hold back the tears.

Yesterday, Americans woke the news of the worst mass shooting in the country’s modern history. At least 59 people were killed in Sunday’s shooting in Las Vegas, with more than 500 also injured. 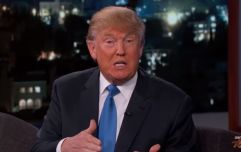 END_OF_DOCUMENT_TOKEN_TO_BE_REPLACED

When incidents of unfathomable evil like this take place, putting on a frivolous talk show that’s meant to entertain people seems hard to do. And this was especially true for US talk show host Jimmy Kimmel, who himself even grew up in Las Vegas.

Kimmel struggled to hold back tears, saying “‘Now we have children without parents”. 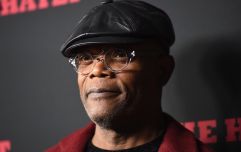 END_OF_DOCUMENT_TOKEN_TO_BE_REPLACED

He then went on to passionately speak out on gun control, saying something had to be done to stop this from happening again. “This guy reportedly had ten [automatic weapons] in his room. At least some of them were there legally. Why is that allowed? I don’t know why our so-called leaders continue to allow this to happen.”

Kimmel then showed the faces of 56 senators that, days after last year’s mass shooting in Orlando that left 49 people dead, voted against a bill that would closed loop-holes allowing the purchase of guns without background checks in certain situations.

He told them: “Your thoughts and your prayers are insufficient.”

The speech was met with applause from the studio audience.