This is not some Black Mirror satire, or vintage footage from a bygone era. This is the news in 2017.

On Friday morning, Sky News took a break from their rolling coverage of Donald Trump's inauguration as the 45th President of the United States to discuss a worrying survey concerning public attitudes towards women in the UK.

The Fawcett Society, a charity campaigning for gender equality and women’s rights, conducted research that showed that 20% of men aged 25-34 believed women's equality had gone "too far".

Do you think women's equality has gone too far? Our #SoundsFamiliar report suggests there's progress to be made... https://t.co/WmtKritu1o pic.twitter.com/mYWimG8d0y

Even more shocking, the same survey found that 38% of all men and 34% of all women say women are "totally or partly to blame" for sexual assault.

38% of all men and 34% of all women say women are totally or partly to blame for sexual assault. https://t.co/WmtKriL5pY #SoundsFamiliar

That Sky News chose to air a frank discussion on the subject is entirely understandable and should be applauded for raising awareness about an important subject. But it was the nature of the exchange that left viewers gobsmacked. 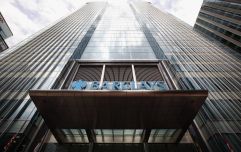 END_OF_DOCUMENT_TOKEN_TO_BE_REPLACED

Respected academic Professor Sarah Churchwell quite rightly argued that women should be able to wear whatever they like without accusations of culpability or blame for sexual attacks of any kind. This would seem a blindly obvious and uncontentious viewpoint.

But remarkably, both Sky anchor Stephen Dixon and weather presenter Nazaneen Ghaffar seemed to question Professor Churchwell's stance in a manner that viewers at home found remarkable and beyond the pale.

A clip of the discussion is below:

The state of this conversation pic.twitter.com/lZpKACUuD7

The reaction was passionate, angry, and also reassuring. We can only hope that such attitudes are not the new 'normal' in this day and age...

It's 2017 and this conversation is still happening.... https://t.co/qLix6KRwvt

I watch this with a broken heart and tears in my eyes. Really? Really? I worry for my granddaughters. Have I woken up in the 1950's? https://t.co/RiKYCeJotY

How is it difficult for anyone to understand that a woman's attire does not give you permission to force sex on them!? https://t.co/R7tpUWau01

This has angered me so much! https://t.co/Y1srr7WIVQ

And then I had to explain to some people that even women in short skirts are allowed to choose if they want to have sex. #misogynybingo https://t.co/Msl1ppwfjW

@BeardedGenius My jaw is on the floor. If we're going back in time, do I lose my wrinkles?

popular
Man United's tactical issues summed up in six screenshots
A definitive ranking of every swear word from worst to best
Sex expert reveals most common mistakes couples make in bed
Here's how to see who's been taking screenshots of your Instagram Stories
A Netflix horror film is so terrifying people can't finish watching it
Five-time 'World's strongest man' brutally KOs 23-stone opponent in 18 seconds flat
How did Brian Laundrie’s parents find his remains in a few hours?
You may also like
Sport
Outrage after all-boys netball team beats all-girls team to win state trophy
Life
Teachers told not to call pupils ‘pet’ and ‘buddy’ as they stereotype genders
Life
‘Not all incels are violent’: Meet the people helping woman-haters see sense
Life
Waitress shares horrifying note left by 'creepy' customer alongside £750 tip
Fitness & Health
Britain's strongest women on sexist abuse, stereotypes and competing with Eddie Hall
Next Page