VIDEOS: Everyone's taking the p*ss out of Sarah Palin spouting gibberish in support of Donald Trump

Seriously, what is she on?

If you ever wondered what would happen if the irresistible f*cknut met the immovable thunderb*stard, you were in luck this week, as celebrity idiot Sarah Palin jumped aboard the Donald Trump bandwagon to endorse the walking wig's Republican candidacy. 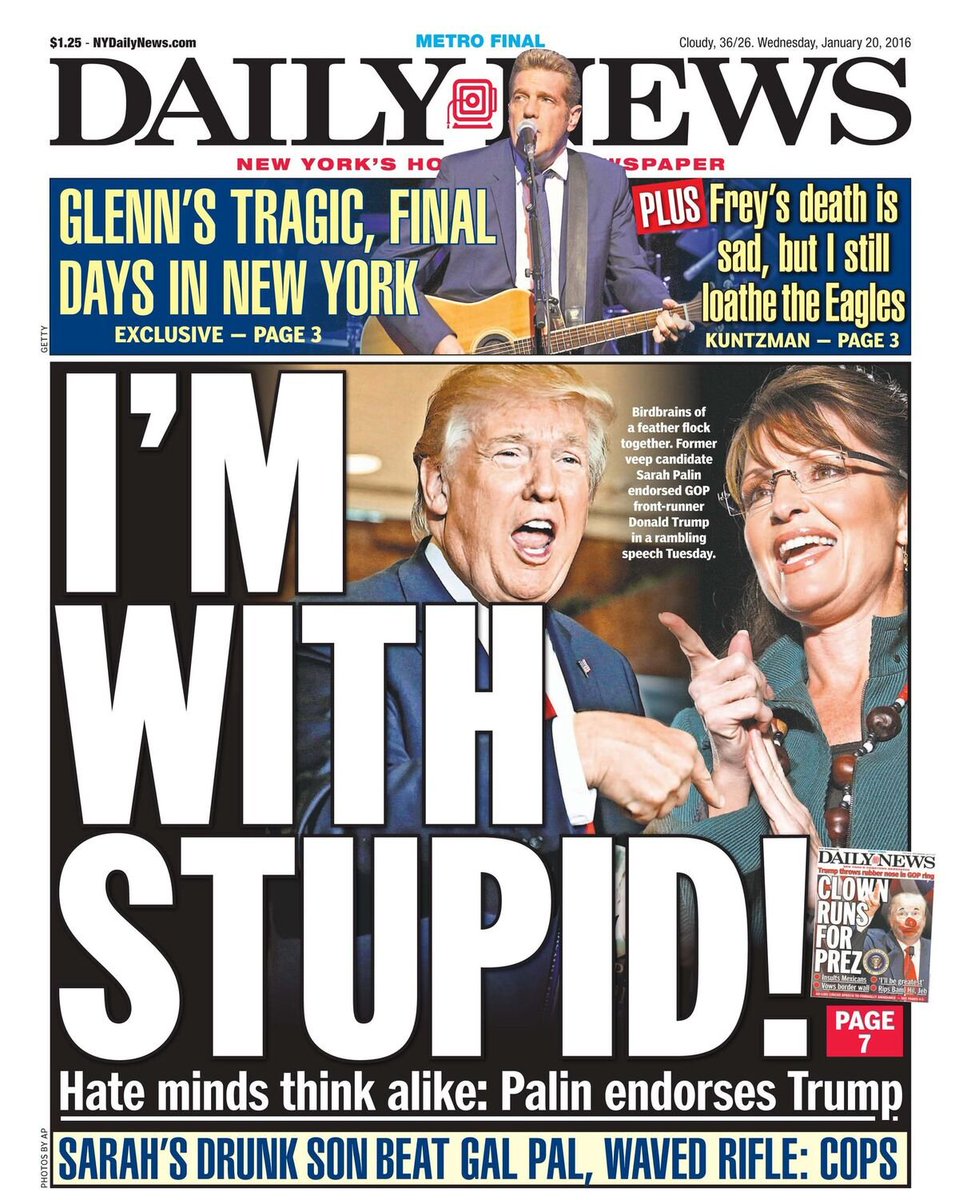 END_OF_DOCUMENT_TOKEN_TO_BE_REPLACED

Any sane person of remotely sound mind would of course dismiss the pair as a couple of clowns, but sadly there's enough spectacular morons out there to take the Axis of Inanity very seriously. It's got to the point where anyone who shouts out random words like 'guns' and 'freedom' gets a standing ovation.

That's kind of what Palin did in her shouty nonsensical endorsement speech for Trump. Instead of using a sequence of words to make a sentence, the former Governor of Alaska did away with convention and started ad-libbing a weird new scat-language of Republican buzzwords.

We can't make out precisely what she's banging on about, but there's definitely something in there about 'guns' and 'religion' and 'clingers' in there - the latter of which doesn't sound at all hygienic.

Palin's hard and fast use of the English lexicon may have impressed Trump and his halfwit supporters, but to the rest of the world is was a scattergun mouth-off ripe for the right royal p*sstaking.

I'm a big fan of Tina Fey, but her impressions of @SarahPalinUSA are just getting stupid. This one is just jibberish https://t.co/YURag357XD

There were comparisons to Iggy Azalea, including a brilliant dub...


does anyone else think Sarah Palin sounds a bit like Iggy Azalea freestyling here https://t.co/zcAfCkXPcP

And of course the inevitable remixes...