One of the enforces was known as the 'devil'

The kingpins of the largest human trafficking ring ever busted in the UK have been jailed for forcing hundreds of Polish slaves to work for as little as 5op an hour while pocketing millions in profits. 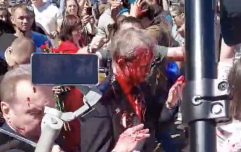 END_OF_DOCUMENT_TOKEN_TO_BE_REPLACED

David Handy, 54, Mateus Natkowski, 29, and Lukasz Wywrinsk, 38, were convicted following three trials in the UK’s largest-ever modern slavery prosecution and what is believed to be the biggest of its type in Europe.

Natkowski and Wywrinsk, who lived on James Turner Street, made famous by the Channel 4 documentary Benefits Street, were described as "trusted enforcers" and made £2 million using violence and threats to keep victims in line.

Wyrwinski was known as ‘Diable’ – Polish for Devil.

A court heard up to 400 workers, aged 17 to a man in his 60s, were trafficked into Britain with false promises of wealth and a better life before being made to live in squalor, living in dirty bedsits across the West Midlands, and work for a pittance. 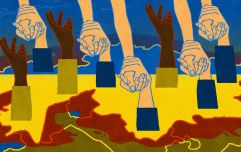 Horror and humanity on Ukraine's border: not all refugees are welcome

END_OF_DOCUMENT_TOKEN_TO_BE_REPLACED

Detectives found victims had their documents seized, fed out-of-date food, and were forced to scavenge for dumped mattresses to sleep on. At some properties, there were no working toilets, heating, furniture, or hot water and some victims told how they were forced to wash in canals.

One man was paid just £10 for working up to 13 hours a day for three weeks, the Birmingham Crown Court heard. 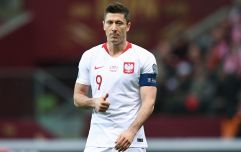 END_OF_DOCUMENT_TOKEN_TO_BE_REPLACED

Handy - who ran recruitment firm ASAP 24/7 Ltd - skimmed off some of his victims’ earnings before paying wages directly into their exploiters’ bank accounts.

He also received back-handers from the traffickers for agreeing to find work placements for victims who were under their control.

Handy, of Stoke-on-Trent, paid off his mortgage and other debts after raking in over half a million pounds and was also able to amass savings of around £400,000.

He was jailed for seven years last Friday after being found guilty of conspiracy to force people into forced labour, conspiracy to traffic people for the purpose of exploitation and money laundering.

Wyrwinski admitted conspiracy to force people into forced labour, conspiracy to traffic people for the purpose of exploitation and money laundering and, Natkowski was found guilty of the same charges following a trial. The pair were both jailed for more than four years.

Shane Lloyd was also jailed alongside the trio after he began to launder money for Handy in a bid to prevent his illicit gains from being discovered.

Nearly £140,000 was paid into the 47-year-old's bank account, which he then cashed and passed back to Handy.

Lloyd, of Newcastle-under-Lyme, pleaded guilty to two counts of money laundering and was sentenced to 20 months jail, suspended for two years, and ordered to do 200 hours of unpaid work.

The Polish gangmasters behind the operation were jailed for a total of 55 years in July 2019 following the biggest slavery and trafficking investigation ever in the UK.

Handy – the only British member of the conspiracy to be charged – was introduced to the gangmasters in 2015 and later supplied workers to XDP in Sutton Coldfield.

Detective Chief Inspector Nick Dale, of West Midlands Police, said: “Handy was an integral part of the crime gang, finding work for the victims and maximising their exploitation.

“He made far more money than any legitimate employment agent would have been able to – and there was evidence the gang also gave him £20 for each victim he employed.

“Handy made a significant amount of money while the victims – aged from 17 to a man in his 60s – effectively worked for just 50 pence an hour.

"He also went to considerable effort to protect himself, creating worthless contracts and filming himself informing workers of their rights, when in reality he was instrumental in taking away those rights.”

An investigation was launched in 2015 when two victims bravely broke free from their captors and disclosed offences to slavery charity Hope for Justice.

Paul McAnulty, UK & Europe Programme Director at Hope for Justice, said: “Human traffickers profit from the misery and desperation of others, exploiting vulnerabilities in good people.

“This exploitation is often perpetuated by a network of others who choose to look the other way, fail to live up to their responsibilities or, worse, are actively complicit in these crimes.

“Employers, retailers, labour providers, landlords, banks, consumers, all of us owe a duty of care – we must collectively look to shine a light on the abhorrent and reprehensible crime of modern slavery.

“Hope for Justice is proud of our role in working alongside West Midlands Police and partners to bring an end to this particular gang’s activities, and in assisting the survivors to freedom and supporting them towards their preferred futures.”

Neil Fielding, specialist prosecutor from CPS West Midlands, said: “The extent to which this gang callously exploited and deprived their victims of basic human rights is truly appalling.

"The scale of the suffering they inflicted on huge numbers of mainly vulnerable people is difficult to comprehend."

popular
Brit on holiday beaten with a brick by gang before being thrown in the sea unconscious
Premier League player arrested on suspicion of rape facing two more allegations
Conspiracy theorists believe the world will end today - here's why
Men with ‘very large penises’ wanted for new documentary
Dad who ran off with Ukrainian refugee says couple are doing 'brilliantly' - but he can't see his kids
British schoolboy breaks internet after attending prom in sequined tuxedo ballgown
Teens are turning up to watch Minions in suits - and why cinemas have been forced to ban them
You may also like
News
Poland refuses to play World Cup play-offs with Russia in response to Ukraine invasion
Sport
Poland, Sweden and Czech Republic issue joint statement against playing in Russia
Sport
Matty Cash closes in on switching international allegiance to play for Poland
Life
Second Afghan child dies after eating toxic mushrooms in Poland
News
Afghan refugee dies in Poland after eating mushrooms
Next Page