In three months, police have shut down 61 cannabis farms in Rotherham

Residents in Rotherham are experiencing regular power cuts because drug dealers are stealing energy for their cannabis farms.

END_OF_DOCUMENT_TOKEN_TO_BE_REPLACED

Since October 2021, police have shut down 61 farms and seized 6,797 plants with an estimated street value of £6.8m in the South Yorkshire town.

The farms require considerable power to ensure the plants get plenty of heat, light, and humidity and gangs are stealing the energy needed to keep them running. The Daily Star reported that some criminals had dressed as workmen and posed as power company staff to dig up pavements and drain mains supplies.

END_OF_DOCUMENT_TOKEN_TO_BE_REPLACED

Champion told the Star that many of the farms were run by organised crime gangs, and that it's not just the power cuts that are an issue.

She said: "There's modern slaves that are physically inside the properties. And then rival gangs will have turf wars."

In #Rotherham we're seeing massive successes in our operation to rid the town of cannabis farms. 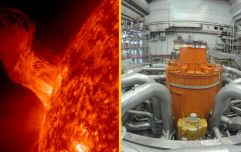 END_OF_DOCUMENT_TOKEN_TO_BE_REPLACED

Local residents have spoken about living with the constant power outages.

One said: "It was every day. No cooking, no cleaning, no radiators, because the gas boiler uses electricity."

"You couldn't do anything, just wait for them until they turn it back on. But I'm not going to report it because I'm not a snitch.’’

Another added that he and his children were forced out of their home because of the power cuts with his lights going on and off like a "Christmas tree".

The local council and South Yorkshire Police are working together to drive the cannabis gangs out of town.

District police commander Chief Superintendent Steve Chapman said: "Where drugs are, you are certain to find gang rivalry, violence, and exploitation and we are going in hard in a bid to disrupt the supply chain.

"We are working with Rotherham Metropolitan Borough Council to issue prohibition notices on any particularly problematic premises. The partnership is also educating landlords on how to safeguard their properties from being targeted by those wishing to grow and store drugs."

South Yorkshire Police have asked that the public "support us in our efforts, report any concerns and help us to keep Rotherham a safe place to live.”

Chapman continued: "Cannabis farms are not only illegal, they are incredibly dangerous and present a substantial fire risk due to electricity being bypassed. If you have any concerns about the production, storage, and supply of drugs, please report these to police."

Alternatively, people can pass information to the independent charity Crimestoppers and remain completely anonymous on 0800 555 111,

popular
Multiple fatalities after planes collide mid-air over airport
Gerard Butler breaks silence after death of 'brother in arms' Darius Danesh
UK city named the 'most dangerous' in Europe, according to study
Incredible case of the only known individual whose parents were two different species
Mum cuts off boyfriend's 'private parts' after he 'tried to rape 14-year-old daughter'
Man gets full sized Stella tattoo on his head because he loves the drink that much
Rachel Bilson says Bill Hader's 'big d***' is the thing she misses most about him
You may also like
News
Police deploy cardboard cut-outs on country roads to deter speeding drivers
News
Mick Lynch makes rapturous speech as Enough is Enough campaign gathers momentum
News
Arrest made following fatal stabbing of 'much loved' OAP
Entertainment
Angelina Jolie filed abuse claims against Brad Pitt over alleged 2016 plane altercation
News
Elderly man stabbed to death on mobility scooter by gang of youths
Next Page