UK "to pay £400m to Iran to free Nazanin Zaghari-Ratcliffe"

The UK are reportedly set to pay £400 million to Tehran in order to free Iranian-British woman Nazanin Zaghari-Ratcliffe, according to Iranian state TV. 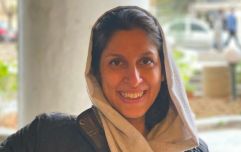 END_OF_DOCUMENT_TOKEN_TO_BE_REPLACED

The state broadcaster has said that deals have been reached with both Britain and the US in order to release prisoners with Western links held in Iran. The broadcaster quoted an anonymous official in the claims.

Sky News reports that the UK has agreed to pay a £400 million debt to the Middle Eastern state over the non-delivery of tanks dating back to the 1970s.

Meanwhile the US is said to have agree a prisoner swap in exchange for the release of $7 billion worth of frozen Iranian funds. US officials have not acknowledged any deal as of yet.

The anonymous official is quoted as saying: "The release of Nazanin Zaghari-Ratcliffe in exchange for the UK's payment of its £400m debt to Iran has also been finalised."

The news of a rumoured deal comes just days after Zaghari-Ratcliffe was sentenced to another year in Iranian prison on charges of "propaganda activities against the regime" in the country.

She was also banned from leaving Iran for one year as a result of her participation in a protest outside the Iranian Embassy in London in 2019.

However, Richard Ratcliffe, Nazanin's husband, has said that he and his family "have heard nothing" about a deal to secure her release. 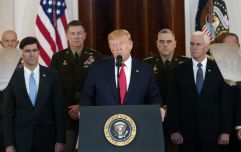 Is America's hegemony in the Middle East coming to an end?

END_OF_DOCUMENT_TOKEN_TO_BE_REPLACED

Per Sky News, a Foreign Office spokesperson said: "We continue to explore options to resolve this 40-year-old case and will not comment further as legal discussions are ongoing."

US State Department spokesman Ned Price has rubbished the claims about a deal though, saying: "Reports that a prisoner swap deal has been reached are not true.

"As we have said, we always raise the cases of Americans detained or missing in Iran. We will not stop until we are able to reunite them with their families."

Sky's diplomatic editor Dominic Waghorn has also said that he believes the reports from Iranian TV are "not true" and there is "no confirmation from the Americans or the British" that any deal is in place.

popular
Eddie Hearn: Billy Joe Saunders will be out for a 'long, long time' after injuring eye
Elon Musk revealed he has Asperger's syndrome on Saturday Night Live
The JOE Friday Pub Quiz: Week 242
This Billy Joe Saunders fan is probably regretting his choice of tattoo
Families will be allowed to hug each other from May 17, says Michael Gove
Piers Morgan hits out at decision to replace him with Alastair Campbell on Good Morning Britain
A definitive ranking of every swear word from worst to best
You may also like
Sport
Iran state TV censors Tottenham vs Man Utd broadcast because of assistant ref
Sport
Iranian footballer produces ridiculously long somersault throw
Politics
Seven reasons the world doesn't need a US-Iran war right now
Sport
Carlos Queiroz emerges as candidate to become new Ireland manager
Sport
Iranian star quits international football at the age of 23
Next Page