The United Kingdom has seen a further 442 deaths from coronavirus in the past 24 hours, with the Department of Health confirming that a further 9,938 people had tested positive. 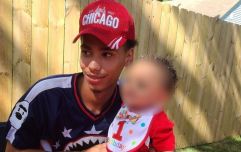 END_OF_DOCUMENT_TOKEN_TO_BE_REPLACED

Despite daily deaths still being in triple figures, Tuesday's figures represent something of an improvement from a week ago, when 738 deaths were announced. Two weeks ago, the figure stood at just over 1,000.

According to government figures, 18,242,873 people have received their first dose of the Covid-19 vaccine, with 669,105 now having received the second dose.

The reduced figures and renewed optimism of a post-pandemic future come after Boris Johnson announced his roadmap out of lockdown earlier this week.

The plan, which has four separate steps, will see children return to schools on March 8th, crowds return to sporting events on May 17th and, providing cases do not rise to unsustainable levels and the vaccine cuts transmission as is currently hoped, an eventual end to legal limits on social contact by June 21st.

Despite the plans laid out, Sir Patrick Vallance, the government's chief scientific advisor, has warned of a bigger "resurgence" of the virus the sooner we open up.

"The sooner you open up everything, the higher the risk of a bigger resurgence," he said. "The slower you do it, the better."