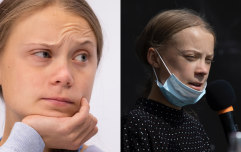 END_OF_DOCUMENT_TOKEN_TO_BE_REPLACED

Similarly to Patreon, Substack and OnlyFans, it will enable accounts on Twitter to charge for bonus tweets only viewable to paying members, which would form part of a monthly subscription.

Extra content can include subscriber-only newsletters, videos, deals and discounts.

A spokesperson for the social media giant said: "Exploring audience funding opportunities like Super Follows will allow creators and publishers to be directly supported by their audience and will incentivise them to continue creating content that their audience loves.

“We’re rethinking incentives and exploring solutions to provide monetary incentive models for creators and publishers to be directly supported by their audience."

The new feature is not available yet, nor has it been announced when it will be released, though Twitter says it will have “more to share” in the coming months.

It also announced a new feature called 'Twitter Spaces' that is on the way. It will act as a Clubhouse competitor that lets users participate in audio group chats.

'Spaces' is also not yet available to users, as it is currently being tested