Tory MP resigns from the government over its handling of lockdown

"The Bolton lockdown has clearly not worked", he said

A Tory MP has resigned from the government over its handling of local lockdown measures. 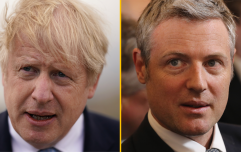 END_OF_DOCUMENT_TOKEN_TO_BE_REPLACED

Chris Green - Conservative Member of Parliament for Bolton West and Atherton - has quit his role as a junior member of the government.

In a tweet posted earlier this afternoon, Green said: "The Bolton lockdown has clearly not worked, and I believe that the cure is worse than the disease, so I have stepped down from my role as Parliamentary Private Secretary."

The Bolton lockdown has clearly not worked, and I believe that the cure is worse than the disease, so I have stepped down from my role as Parliamentary Private Secretary. pic.twitter.com/HdEm4hw8Rh

In a statement attached to his tweet, Tory MP Green claimed that lockdown measures in both his constituency and the wider Manchester area have failed.

Chris Green's statement reads: "The Greater Manchester 'local lockdown' and more extreme economic lockdown have both failed to control the number of positive tests within the Borough of Bolton which have inexorably risen.

"The closure of pubs, restaurants and cafes, combined with the reduction of footfall on our high streets has brought many family owned businesses in my constituency to the brink of collapse and pushed others over the edge. 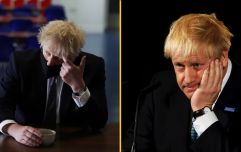 END_OF_DOCUMENT_TOKEN_TO_BE_REPLACED

"I know that this novel pandemic virus posed a serious but little understood threat, but we have learnt so much since it first emerged. I now believe that the attempted cure is worse than the disease and that this second six-month phase will not see the delivery of a solution via mass vaccination."

Tory MP Green rounded off his official statement by saying: "I believe that there are better alternatives to the Government's approach, so I therefore tender my resignation."

The government has recently introduced a new defended three-tier system of local lockdown restrictions for England.

These new restrictions come after it emerged that the government's chief scientific advisers called for a short lockdown during September.

Labour leader Keir Starmer today said he was in favour of a two or three week national lockdown.