Theresa May is no longer in the driving seat according to the leading Tory remainer...

Conservative backbencher Anna Soubry has said that Jacob Rees-Mogg is now “running our country” after Brexiteer MPs forced government concessions on a series of key Commons votes as Britain prepares to exit the European Union. 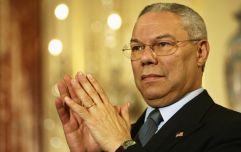 Colin Powell: Former US Secretary of State dies due to complications from Covid-19

END_OF_DOCUMENT_TOKEN_TO_BE_REPLACED

The Tory MP added that Theresa May is no longer “in charge” and called for the prime minister to reach out to form a “government of national unity”, during an appearance on BBC Radio 4’s Today programme this morning.

She also used the appearance to hit out at Labour leader Jeremy Corbyn and his fellow “old Trotskyists” at the helm of the party, saying they were unlikely to agree to a coalition agreement with Theresa May on Brexit.

Conservative MP @Anna_Soubry says government's Brexit White Paper "is in tatters" because @Jacob_Rees_Mogg and a small cabal of MPs are running the country #r4today pic.twitter.com/cns3pItetH

“I personally would abandon the Labour frontbench and I would reach beyond it and I would encompass Plaid Cymru, the SNP and other sensible, pragmatic people who believe in putting this country's interests first and foremost,” she added.

The government last night defeated a bid to change it's EU customs union strategy by 307 to 301.

The amendment would have meant the country was forced to join a customs union with the EU if no agreement was reached on frictionless trade by 21 January 2019. The vote came a day after the government adopted Brexiteer amendments to trade proposals relating to the UK-EU borders after Brexit.

END_OF_DOCUMENT_TOKEN_TO_BE_REPLACED

Despite the clear tensions within her party over Brexit, however, Soubry dismissed the threats of a no-confidence vote in her leadership and a snap general election as “hollow and rather ridiculous”. But warned: “We simply cannot go on like this. People in this country are fed up to the back teeth with Brexit.”