£4.8 billion was set aside in Rishi Sunak's budget for a "Levelling Up Fund," focusing on northern constituencies in desperate need of investment and, truthfully, attention from government. 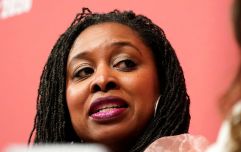 END_OF_DOCUMENT_TOKEN_TO_BE_REPLACED

40 of the 45 beneficiaries of the fund's first £1 billion just so happen to be within Conservative-held constituencies. For instance, Rishi Sunak's own Richmond constituency includes the Richmond district, which falls entirely within the boundaries of the chancellor's parliamentary seat.

However, Richmondshire is one of the least deprived areas in England. In fact, it sits at 251 out of 317 on the government’s own index of deprivation.

Merseyside throws the corruption into even sharper relief.

Only one district in the area will benefit from the fund.

And only one constituency in the area has a Tory MP.

Can you see where this is going?

merseyside election results in 2017 and 2019. guess the only area to get funding from the towns fund? pic.twitter.com/yfJRGVYkAV 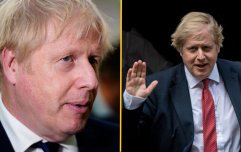 END_OF_DOCUMENT_TOKEN_TO_BE_REPLACED

Damien Moore, Conservative MP for Southport, slammed the idea that his constituents are getting special treatment in Merseyside.

He says the fault lies not at the Conservative's door, but Labour's.

Speaking to JOE, Moore said:  "It’s not my job to represent Merseyside.

"It’s my job to represent Southport. END_OF_DOCUMENT_TOKEN_TO_BE_REPLACED

"After years of neglect and abandonment by a Labour-run council who for too long have invested heavily in Labour-only constituencies, this funding is much needed.

"The suggestion or indeed the insinuation that my constituents are somehow underserving of receiving the investment announced yesterday is another reminder of how out of touch Labour are in many northern communities."

Moore became the first Conservative MP for Southport since 1997 in 2017, holding onto to his seat again in the 2019 general election.

popular
Tokyo 2020: Footballer guaranteed to be first trans and non-binary athlete to win Olympic medal
A definitive ranking of every swear word from worst to best
This is how Team GB is doing at Tokyo compared to Rio and London
Graphic WAP sign language interpreter is better than the actual song
Here's how to see who's been taking screenshots of your Instagram Stories
IOC rules for transgender athletes in Olympics to be changed after Tokyo, officials say
The definitive ranking all 151 original Pokémon from worst to best
You may also like
Comment
Euro 2020: Don’t let the racists, and their Downing Street enablers, win this match
News
Tory MP's department denies texts with David Cameron, David Cameron releases said texts
News
John Bercow labels Boris Johnson 'a liar' and says he voted for Sadiq Khan
News
John McDonnell: It is 'ludicrous' to blame Jeremy Corbyn for Hartlepool
News
Labour lose Hartlepool to the Conservatives in historic defeat
Next Page