The Daily Mail is a very popular daily newspaper. It is especially widely read online.

Although many don't condone what they see as the 'quality' tabloid's right-wing agenda, no one can deny that both their print and web-based pieces do echo the sentiments of a significant portion of the British public. Whether you think that is a good or a bad thing is another matter entirely.

However, there are certain common issues that their many critics have of the publication. As well as their perceived hard-line attitudes towards immigrants, refugees, travelling communities, women with opinions and Muslims (amongst others), many claim they have an unhealthy obsession with celebrities' children.

There have been various instances when the news outlet has referred to young girls in particular as 'leggy', and pointedly remarked about 'how they've grown' in a way that many find thoroughly distasteful. This allied with their overly moralistic preachings on various issues is perceived as decidedly hypocritical.

Dear Daily Mail, she is not "all grown up". She is 12. pic.twitter.com/pbyuPEDHjx

Have the Daily Mail *really* just done an 'all-grown-up' piece about a two-week old?! pic.twitter.com/uvXMMMA2uO 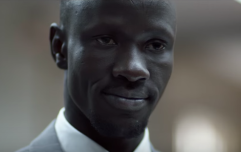 END_OF_DOCUMENT_TOKEN_TO_BE_REPLACED

On Thursday, a number of observers found the juxtaposition of the two main stories on the paper's front page particularly crass and galling. On the one hand there was a call for refugee children, or 'child migrants', to be age-tested, echoing the sentiments of Tory MP David Davies, who wants their teeth to an analysed.

On the other there was an image of Cindy Crawford with her 15-year-old daughter, asking the readers to 'Spot the difference!' between the supermodel and her child. It was a front page combination so striking that some wondered whether the Mail were doing it on purpose to stoke up controversy.

Whatever the reason, this lot amongst others were not impressed with what they saw as a perfect example of why they dislike the Daily Mail as much as others seem to love it.

@nutri_lad an astonishing juxtaposition that highlights the moral bankruptcy of the Daily Mail.

Daily Mail: Angry that none of the children are the correct ages for their bizarre pervy, racist world views. pic.twitter.com/UqMzapHn9u

popular
The JOE Friday Pub Quiz: Week 199
The JOE Friday Pub Quiz: Week 198
A definitive ranking of every swear word from worst to best
Here's how to recover all your deleted Facebook photos and messages
The definitive ranking all 151 original Pokémon from worst to best
'Time traveller from 2030' passes lie detector test over future predictions
Popstar Never Stop Never Stopping is now on Netflix, and you need to watch it right now

You may also like
Politics
The child refugee separated from his only living family member
Entertainment
Unfiltered with James O'Brien | Episode 23: Lord Alf Dubs
Sport
Gary Lineker despairs for country over attitudes towards refugees
News
Trump campaign resorts to using racist meme to scare people about Syrian refugees
News
This footage of a cruel man taunting a refugee child will break your heart
Next Page