A Mississippi school district removed To Kill a Mockingbird, Harper Lee's classic novel about racism in the southern states of America, from its reading list earlier in the week.

The reason given was that the language in the book “makes people uncomfortable”.

According to the Sun Herald, Biloxi School District received complaints about the wording in To Kill a Mockingbird and pulled it from the 8th-grade syllabus.

Kenny Holloway, vice-president of the Biloxi School Board, said: “There were complaints about it. There is some language in the book that makes people uncomfortable, and we can teach the same lesson with other books. It’s still in our library. But they’re going to use another book in the 8th-grade course.” 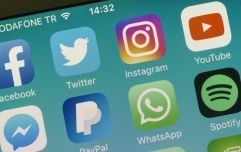 END_OF_DOCUMENT_TOKEN_TO_BE_REPLACED

The book is regarded as one of the most important works of American fiction, particularly with the way it deals the subject of racism. A reader of the Sun Herald contacted the paper, who said that the decision was taken "mid-lesson plan, the students will not be allowed to finish the reading of ‘To Kill A Mockingbird’... due to the use of the ‘N’ word."

“I think it is one of the most disturbing examples of censorship I have ever heard," the reader said. "In that the themes in the story humanize all people regardless of their social status, education level, intellect, and of course, race. It would be difficult to find a time when it was more relevant than in days like these.”

It seems absurd that a book as important as To Kill a Mockingbird could be banned for making people uncomfortable. In fact, it goes beyond absurdity; it's sinister. One Twitter account put it more succinctly than anyone ever could:

You may also like
Food
Americans try to make a full English breakfast
News
Two men arrested after reportedly shooting each other while wearing bulletproof vests
News
The US government has been experimenting with 'cat cannibalism'
News
Trump supporting teenagers harass Native Americans at Indigenous People's March in Washington
Food
11 Man v. Food challenges you and your mates need to take on
Next Page