This Morning was pulled from air on Thursday and emergency footage was shown instead after ITV staff were evacuated from Television Centre in west London following a "security alert". 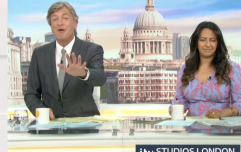 END_OF_DOCUMENT_TOKEN_TO_BE_REPLACED

Phillip Schofield and Holly Willoughby were presenting the show as usual, but after returning from a break, the hosts appeared in a pre-recorded video, telling viewers that they couldn't be with them live.

"As we can't be live with you today we have lined up some of our best bits for you to enjoy," Schofield told viewers.

Police said they were called to Wood Lane, White City, where Television Centre is located, at 11.14am and Transport for London announced on Twitter that White City and Wood Lane stations were closed "while the police respond to a security alert outside the station".

Police said they were called to Wood Lane, White City, where Television Centre is located, at 11.14am on Thursday due to a "security alert"https://t.co/V65qwK8wXo 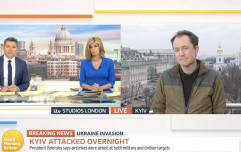 END_OF_DOCUMENT_TOKEN_TO_BE_REPLACED

According to a report from ITV, the episode - which was a highlights reel that featured an interview with Britain's dullest man -  was followed by a pre-recorded episode of Loose Women.

The ITV Lunchtime News is filmed in a different building and will be live at 1.31pm, the broadcaster said. 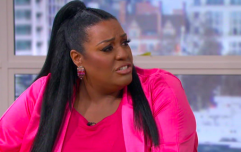 END_OF_DOCUMENT_TOKEN_TO_BE_REPLACED

The Met police said in a statement that they were alerted over a "suspicious item".

"The area was evacuated as a precaution and White City and Wood Lane tube stations were temporarily closed.

"The incident was stood down shortly before 12:49hrs. An investigation is ongoing."

Police dealt with a #SuspiciousPackage reported at 11:44hrs this morning at #WhiteCity.

The incident was stood down at 12:49hrs.

Cordons have now been lifted.

Viewers shared their surprise at seeing This Morning being cut short.

Writing on Twitter, one fan said: "@thismorning what happened. Why was the show cut short?"

A spokesperson for This Morning earlier said: "We apologise for the break in live programming today. We are currently running pre-recorded content and hope to be back with you soon."