This week in awful images you wish you hadn’t seen...

There are no quiet weeks anymore, if we aren’t on the brink of war then we are being told to go to the polls to vote in yet another nonsense-filled democracy circus. The public are tired, the public just want to have a cup of tea and put their feet up without the threat of news happening. But this is not the world we live in, we now live in a dystopian nightmareverse where no news stories can surprise us, it simply makes us feel more dejected and more inclined to sod off reality and try and assimilate ourselves into the nearest public house. Anyway, these are the pictures you will have seen this week, and this is the story about the pictures.

It’s election time again. Why? Because fuck you that’s why. In Britain we must now have a public vote about something we all don’t want to vote on roughly once a year, those are now the rules. The public now have a choice: which idiot is slightly less of an idiot than the other idiots? The Tories have May, the female child catcher whose word is about as strong as a dog’s self control when left alone with a ham.

Labour have Corbyn, which at this point kind of feels like Neil from The Young Ones found himself in a position of political power. The Lib Dems have Tim Farron, a man that looks like he is constantly on the cusp of an unexpected orgasm. The SNP have Sturgeon, probably the only politician that makes you think “I wouldn’t mind going to the pub with her because at least you know you’d have a laugh” and UKIP have the political equivalent of a character you have yet to unlock in a PS2 fighting game.


Of course we also have The Greens, Plaid Cymru, the NHS party, The Women’s Equality Party, The Christian Party, The Communist Party, The Church of Militant Elvis Party, to name but a few, but this is the big four going up against each other, expect 59 days of snide comments, terrible soundbites, relentless news coverage and badly worded rants on Facebook from your mate Barry who you went to school with 23 years ago who thinks the Libertarian party actually stand a chance this time. Don’t forget to register to vote https://www.gov.uk/register-to-vote, if you don’t vote, you don’t get to be angry about the result for the next 5 years.

The Queen is 91 years old, how? Science, cryogenic freezing and blood transfusions from the poor. Above we can see The Queen with a large grey beast who seems happy to be near her, and also an elephant (insert Seinfeld slap bass solo here).

Why is the Queen meeting an elephant? Because the Queen is 91 now and can do whatever the shit she wants. She could release this elephant into Selfridges for a laugh and no one could stop her. Love her of hate her, if you had the power that she has you wouldn’t bimble around the world doing press tours, or having to speak to Theresa May about nonsense, you’d turn Buckingham Palace into some sort of far-fetched camel rodeo.

The story we are not seeing from the above picture is that Liz is conducting one of her ceremonies, as an elephant can live for up to 60 years, she is draining the youth from the animal to sustain her lust for immortality. How many elephants has The Queen killed in her quest for ever lasting life? We may never know. 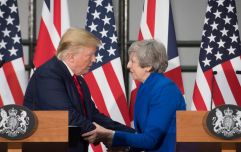 END_OF_DOCUMENT_TOKEN_TO_BE_REPLACED

Politics is happening again, and the man who ran for parliament 7 times and lost 7 times is giving his expert opinion on the TV all the time for some reason. Human scrotal sore Nigel Farage is back, and this time he comes with his new pick for UKIP leader, a rare and bewildered fish.

The fish does have certain personality traits that most UKIP leaders lack: the fish cannot claim expenses, because he is a fish, and therefore won’t be caught fiddling them. The fish cannot buy property in random towns in the UK in failed bids to get elected to parliament. The fish can not say anything controversial, as he is a fish, and therefore can’t get UKIP into more trouble by saying something bonkers for no reason.

What Nigel holds in his hand in the above picture is not only one of the world’s rarest fish (Blue Fin Tuna are on the endangered species list), but he holds a creature with more charm, charisma and potential than any UKIP candidate to date, I look forward to Mr Blue Fin’s inevitable leadership bid when UKIP fail to get a single seat in parliament, again.


Have you seen this man before? This is Alex Jones, the host of Info Wars, a far right website that promotes hate, stupidity, ignorance and intolerance. Mr Jones has been criticised for saying that the Sandy Hook massacre was faked, that Hilary Clinton is a witch and responsible for a series of shootings in the US, that the government has a weapon that creates tornados, and that 9/11 was faked. 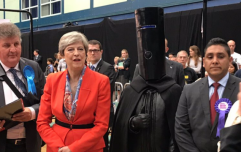 END_OF_DOCUMENT_TOKEN_TO_BE_REPLACED

He’s that guy you met in a bar once that tried to convince you that your mobile phone was actually full of goblins that reported all your doings to the government or to a race of hyper intelligent space chickens that have a stranglehold on the Illuminati. Mr Jones, pictured above in his Sunday best, this week claimed that his character, Alex Jones, was fictional, simply a theatre piece, for his videos on YouTube.

It’s a pretty good defence and it can be used for pretty much any defence in a court of law. You stabbed someone a bunch of times? And you say it was part of an immersive site-specific theatre that only you knew about? You’re free to go, here is your knife back, I hope you get an Olivier. If you ever find yourself watching Alex Jones, remember that you can get the same intellectual experience by watching a blancmange vibrate as you play the noise of giraffe being sick at top volume.

In this picture you see three people, three people that you had long forgotten about, three repressed memories of a time gone by. What looks like a redneck family taking their adopted son to a museum is actually Kid Rock, Sarah Palin, and Ted Nugent in the White House after dining with the President, because fuck it why not? 2017 doesn’t have to make sense anymore.

Here is the thing, I thought Ted Nugent and Kid Rock were dead, and had assumed that Sarah Palin was busy hunting human beings for sport in the wilds of Alaska, but of course they are friends with Trump. These are the guys that sit next to you at a restaurant which you’ve been looking forward to for months, and keep sending back all the food because they don’t want ‘any of that nonsense’ and even though it’s a steak restaurant they keep demanding Turkey Twizzlers.

Two years ago this picture would have been baffling, but we are only a month or so away from Trump being photographed with Satan, James Corden and that guy who needs his nuggs so this barely raises an eyebrow.

You may also like
Politics
This is how much Theresa May could earn now she’s no longer prime minister
Politics
Jeremy Corbyn and Theresa May accuse each other of leading racist parties at PMQs
Politics
Simon Brodkin: How I fired Theresa May
Politics
QUIZ: Can you identify the MP from the constituency?
News
Nigel Farage demands to be part of Britain's EU negotiations after Brexit Party win European elections
Next Page