Clearly b*llocks, because according to this latest survey everyone is at it...and not necessarily with their wife/girlfriend/life partner/significant other. 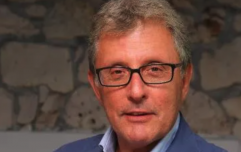 END_OF_DOCUMENT_TOKEN_TO_BE_REPLACED

Around 2,200 Brits who said they had cheated on a partner at least once were surveyed  by online pharmacy UK Medix, and the results were quite clear.

It shows that British men just can't keep it in their pants, with 36% of blokes saying they 'couldn't resist the temptation'  and nearly a third saying 'they weren't getting enough sex', when asked what led them to cheat on their partner at the time.

However, for 43% of women it was not getting enough attention at home which led them to jump into bed with someone else - and nearly a fifth claimed it was because they thought their partner was cheating anyway.

When asked what alibis they had used to keep their indiscretions secret, the top 5 answers from men were:

While women's top 5 excuses were: 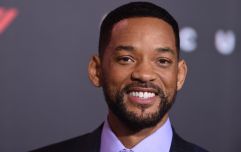 END_OF_DOCUMENT_TOKEN_TO_BE_REPLACED

So if your partner starts telling you she's working late before a quick gym session with friends, we'd start worrying.

Amazingly, out of the 2,200 Brits surveyed, the average length of time of their affair was seven months and 13 days. That's quite some effort.

popular
Man with world’s biggest penis says Oscar winner slid into his DMs
'Super recogniser' draws 'accurate' modern Maddie McCann to help police find her
Woman wins millions after suing mum's GP for allowing her to be born
Congressman and family pose with guns for Christmas photo days after school shooting
Mum in jail for murder pays tribute to son, 6, killed by his dad and new girlfriend
Bride faints on groom, vomits and gets pooed on during ceremony
Chilling video shows moment step mum tried to get away with murdering boy, 6
You may also like
Sex
World's first lesbian sex robots are on the way as bots are programmed gay
Science
Sperm is being used to create eco-friendly plastic
Sex
One in five young men suffer from erectile dysfunction
Entertainment
Preacher says reptile masked as her husband tried to have sex with her
Entertainment
You can now get a Tiger King dildo for a reason we just can't work out
Next Page