Theresa May will visit Buckingham Palace to seek permission from the Queen to form a new government, a Downing Street spokesperson has said. 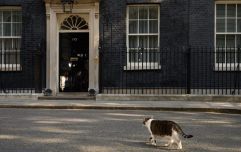 END_OF_DOCUMENT_TOKEN_TO_BE_REPLACED

The BBC have also reported that despite the results of the general election, the Prime Minister has no intention of resigning.

Laura Kuenssberg , political editor of the BBC, has said that May will travel to Buckingham Palace "with the understanding she can form a government".

As outlined previously, the hung parliament now means that if May cannot form a government, when Parliament meets again on June 13, Corbyn, as the leader of the second biggest party, will have the chance to form a government.

Shadow chancellor John McDonnell told the BBC that Labour is “ready to form a government….we are willing to serve the country. I don't think the Conservative Government is stable, I don't think the Prime Minister is stable. I don't want to be derogatory, but I think she is a lame duck now.” 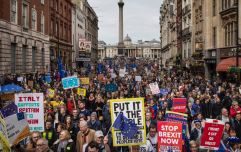 END_OF_DOCUMENT_TOKEN_TO_BE_REPLACED

Elsewhere, Jeremy Corbyn has said to Sky News that : "We are ready to do everything we can to put our programme into operation. Parliament must meet and Parliament will have to take a decision on what happens, when a government puts forward the Queen's Speech, we will put forward our point of view, we are of course ready to serve."

popular
Men with ‘very large penises’ wanted for new documentary
Brit on holiday beaten with a brick by gang before being thrown in the sea unconscious
Towie’s Yazmin Oukhellou and Jake McLean had ‘furious row in Turkish club’ minutes before horror crash, report claims
Premier League player arrested on suspicion of rape facing two more allegations
British schoolboy breaks internet after attending prom in sequined tuxedo ballgown
July 4 shooter: Chicago suspect fled the scene in women’s clothes and planned attack for weeks, police say
Dad who ran off with Ukrainian refugee says couple are doing 'brilliantly' - but he can't see his kids
You may also like
Politics
Caroline Lucas on why this is really the climate election
Politics
Is Nigel Farage afraid of the electorate?
News
Theresa May promises MPs she won't stand in next general election
News
Theresa May’s team 'plotting snap general election' for November
News
Former PM John Major urges Theresa May to withdraw from DUP deal
Next Page