"If we are going to leave with a deal, this is it"

Theresa May has confirmed that it will not be possible for major changes to be made to her proposed Brexit agreement after holding two days of negotiations with EU leaders, although further assurances would be possible.

END_OF_DOCUMENT_TOKEN_TO_BE_REPLACED

Speaking in Brussels, she said that "if we are going to leave with a deal, this is it", but she and EU leaders would be "holding talks in coming days to receive further assurances" on the Irish backstop and other aspects of the agreement.

She continued that there had "been reporting that the EU is not willing to provide any further clarification ... but [following talks this morning] further discussion is, in fact, possible".

She added: "It is in the overwhelming interest of people in the EU and UK to get this done as soon as possible."

However, her remarks contradict reports that EU leaders are unwilling to renegotiate the deal already agreed and are instead of calling on British MPs to be "responsible" ahead of the parliamentary vote now pencilled in for 14 January.

Juncker said: "We don’t want the UK to think there can be any form of renegotiation – that is crystal clear. We can add clarifications but no real changes.

"There will be no legally binding obligations imposed on the withdrawal treaty." 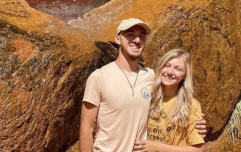 END_OF_DOCUMENT_TOKEN_TO_BE_REPLACED

Responding, shadow Brexit secretary Keir Starmer said: "This is becoming a farce. The prime minister pulled this important vote last week on the basis that she was going to get meaningful changes to her Brexit deal, She has obviously not."

On Tuesday, May cancelled a crunch parliamentary vote on the agreement over fears the legislation would not pass, saying she would seek assurances from the EU over the Irish backstop.