'I even told one of them that my occupation was a lobster trawler. How didn't they know?'

Earlier this week, pensioner Boris Bennett outlined his plans to collect a chip from every single Wetherspoons in the country. He had already got pretty far, with a binder containing at least nine chips, from Spoons as south as Swansea and as north as Huddersfield. People went mad for it, with thousands of likes on his Facebook post and journalists clambering on top of each other all messaging Boris in the hope of getting a bite of the story. 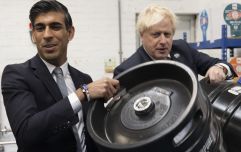 END_OF_DOCUMENT_TOKEN_TO_BE_REPLACED

But the most interesting thing about the story is that none of it is true. Boris Bennett is not a 60-year-old man, as his Facebook picture would lead you to believe (it's a stock image). He's a 21-year-old university student from Manchester, just nobody bothered to check.

The MailOnline, Metro, Star, Mirror, Manchester Evening News, Huddersfield Examiner, and more all fell for it. The Star was the first to fall into Boris' trap on 4 November, and the MailOnline the last, reporting the chip file news as late as Wednesday, by which time JOE had already revealed that Boris is not who he says he is.

This whirlwind fake story, which managed to catch out so many media outlets, all came about as a result of the internet's latest social media phenomenon: Wetherspoons Paltry Chip Count.

The Facebook group blew up last month and is currently on 205,000 members and counting. People are posting their Wetherspoons meals, and the exact number of chips they came with, nearly every five minutes.

And no chip count had been more successful than that of Boris Bennett, an old pensioner who started his rise to fame in the group when he arranged his plate of chips to resemble Stonehenge - which he has now dubbed "Chip-Henge". This was the first instance to be reported on, with The Star picking it up and writing about old Boris' silly Spoons antics, calling him a "disgruntled Wetherspoons punter".

But the first outing of Boris Bennett couldn't have prepared anyone for what was to come next: the chip files. Boris' second post is what catapulted him into multi-tabloid fame, with many media outlets reporting on his Filofax of preserved chips. The MailOnline even reported that Boris had been smothering them in Vaseline to preserve them. Truth is, they never needed preserving in the first place. 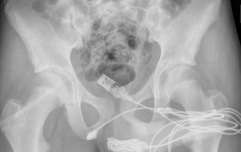 END_OF_DOCUMENT_TOKEN_TO_BE_REPLACED

If you were to click through to Boris' profile on Facebook right now, you'd find a pretty obvious stock image of an old man and a few sparse details about him. His Facebook bio simply says "hello".

But all this chip counting, or lack thereof, is actually the work of Mason Mellett, a 21-year-old student from Bolton, not Boris Bennett, chip collector extraordinaire.

Mason confessed he has been largely avoiding phone calls with the press so they do not notice from his voice that he is not a 60-year-old man. The MailOnline even reported that he was a 35-year-old carpenter, which doesn't fit with the pensioner profile picture at all.

"I've said so much stuff which should have tipped them off," he tells JOE, "I even told one of them that my occupation was a lobster trawler. How didn't they know?"

Mason admitted that he didn't want to post from his own Facebook account in case the jokes "fell flat or made me look like an idiot." But he went with it, saying, "One day I just thought, right, how can I take this to the extreme?" 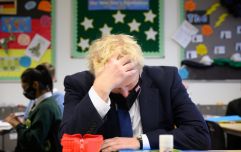 END_OF_DOCUMENT_TOKEN_TO_BE_REPLACED

Sadly, Mason doesn't actually have a binder of chips "smeared in vaseline" and he only created the file solely for the purpose of that post. He's not a chip fanatic either, he's just having a laugh. But he's fooled everyone, saying even his former manager at work was commenting on the post not realising it was him behind it.

His latest Boris Bennett post, which featured an image that shows a Spoons chip being used to conduct electricity, garnered 12,000 likes in under 24 hours. "I can't believe I just spent £10 on equipment on Amazon," he told JOE.

Mason knew Boris would be revealed as a fake account at some point, but sort of like Father Christmas, it's almost better if you just keep believing he's real.