Should we be concerned?

It seems as though everyone we know is taking part in the "10 year challenge" on Facebook and Instagram this week.

If you've been living under a rock during this time (or you've deleted all of your social media accounts because Black Mirror has taken its toll), then we'll explain what it is for you.

Basically, people are uploading a picture of themselves in 2009 and a picture of them now, and highlighting the differences and similarities in their physical appearance in the two pictures. Yes, it's that simple and not actually that much of a 'challenge' at all.

A bit of harmless fun and you get the chance to see embarrassing pictures of people from years ago, so it's all a good laugh.

A recent Twitter thread has led some people to think that there could potentially be a more sinister side to the viral craze.


Tech expert Kate O'Neill took to Twitter and posted a thread in which she suggested that the challenge could result in our data being "mined to train facial recognition algorithms on age progression and age recognition."

Me 10 years ago: probably would have played along with the profile picture aging meme going around on Facebook and Instagram
Me now: ponders how all this data could be mined to train facial recognition algorithms on age progression and age recognition 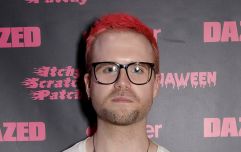 END_OF_DOCUMENT_TOKEN_TO_BE_REPLACED

A Wired article written by O'Neill explained the situation in more detail. She says:

'Imagine that you wanted to train a facial recognition algorithm on age-related characteristics and, more specifically, on age progression (e.g., how people are likely to look as they get older).

'Ideally, you'd want a broad and rigorous dataset with lots of people's pictures. It would help if you knew they were taken a fixed number of years apart—say, 10 years."

She doesn't want us to start panicking just yet though, noting:

'I'm not saying anyone should panic or feel bad. It's simply worth becoming more mindful of how our data can be used.

'We don't need to be wary of everything; we just need to think critically, and learn more about the potential our data has at scale. We're all still learning."

Now if you'll excuse us, we're off to delete our selfies...


popular
The FootballJOE Quiz: Week 2
The definitive ranking all 151 original Pokémon from worst to best
A definitive ranking of every swear word from worst to best
Here's how to see who's been taking screenshots of your Instagram Stories
I spent an entire day trying to do that viral hand drawing and now the light in my life has gone out
This is the hardest Pokémon quiz you'll ever take
What to eat at McDonald's after a hardcore workout