VE Day: The untold stories of the guerrillas who fought the Nazis

On VE Day more than any other, they must not be forgotten

When we think of World War II and the Allied defeat of the Nazis and Axis forces, we often think of the landings at Normandy and the Battle of Stalingrad, but such was the war's sheer size that many stories of incredibly bravery got lost along the way. 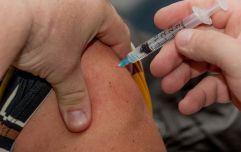 END_OF_DOCUMENT_TOKEN_TO_BE_REPLACED

One such story is that of the resistance fighters who fought back against the Nazis in occupied countries, namely the Italian partisans, a group made up of civilians and former soldiers who decided that they could not live under the oppressive and cruel occupation of the Nazis any longer.

Their story is not one recounted often on VE Day, but it should be. We spoke to Matt Collins of HOPE NOT HATE, who told us why it is essential that the Italian partisans' stories do not forgotten, and why victory over the Nazis would've been impossible without the participation of them and other resistance fighters around Europe.

“People had a choice. They could either accept Hitler, or fight back.”

Italian resistance fighters drove the Nazis out of Italy. They were pivotal in defeating fascism in Europe.

This is the story of the men and women who fought back #VEDay pic.twitter.com/w6VWN5r1v6

popular
Men should ejaculate 21 times per month to reduce cancer risk
Gary Neville identifies key tactical flaw in Man United's humiliation against Liverpool
Jeremy Clarkson says 'f**king government' will 'c**k everything up' as he collects award
Saturn is losing its rings, much faster than experts thought
Manchester United will never get better under Ole Gunnar Solskjaer
The JOE Friday Pub Quiz: Week 266
How did Brian Laundrie’s parents find his remains in a few hours?
You may also like
Life
This German city will give you $1.1m if you can prove it doesn't exist
News
British man arrested in Berlin on suspicion of being a Russian spy
Entertainment
Reporter suspended after being filmed 'muddying herself to fake helping flood clean up'
News
At least 21 dead and dozens missing as floods rip through Germany
Sport
How Sweet Caroline became England's Euro 2020 anthem
Next Page