Techno officially classed as music by a court in Germany

Techno has officially been classed as music by a court in Germany - providing hope for the club scene after it was devastated by the impact of coronavirus. 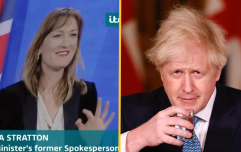 END_OF_DOCUMENT_TOKEN_TO_BE_REPLACED

Across the globe, the live music scene has been decimated by the ongoing coronavirus pandemic. Clubs have had to close in order to stop Covid-19 spreading, but the financial impact of the closure has left the clubbing scene in jeopardy.

However, news in Germany has provided some relief for clubs. A court has officially declared techno to be music, therefore giving clubs the same tax break received by concert halls.

The case was heard at Germany's financial high court in Munich, where the plaintiffs included the legendary Berlin nightclub Berghain.

Clubs argued that they shouldn't have to pay the full rate of VAT.

Previously, clubs in Germany had to pay 19% VAT, as opposed to the much smaller 7% paid by concert halls.

The new ruling stated that playing techno music in a club is no different to classical musicians playing instruments live. 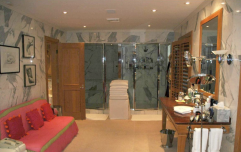 END_OF_DOCUMENT_TOKEN_TO_BE_REPLACED

The court ruled: "DJs do not simply play sound carriers (composed by others), but they perform their own pieces of music using instruments in the broadest sense, to create sound sequences with their own character."

Opponents of the bill claimed that revenue from drinks is higher in clubs than from entrance fees, but the court ruled that people go clubbing primarily for the music.

Berlin - where Berghain is based - has seen most of its club and live music scene closed for more than six months now. The economic impact of such a closure means that some businesses are expected to go under.