Although plenty of folk will tell you teaching is a dead easy job (loads of holidays, home at 3.15 etc.) it can be quite tough.

The feeling of trying to engage with a child that doesn't really give a sh*t about being in school is one of the more frustrating aspects of the job and something that loads of teachers will be able to relate with. 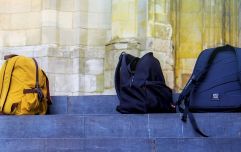 END_OF_DOCUMENT_TOKEN_TO_BE_REPLACED

Kim Juzdowski, a language arts teacher in a Texan school, appears to have had a similar bone to pick when she reportedly realised that one of her students wasn't really paying much attention in her class.

Her response? Draw a massive cock and balls all over the kid's assignment.

And while some teachers that are reading this might dream of being able to get away with such a stunt, it hasn't gone down too well.

The kid's mother, also a teacher, reacted in disbelief. 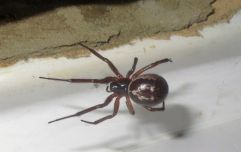 END_OF_DOCUMENT_TOKEN_TO_BE_REPLACED

“I'm an educator myself so I said, there's no way the teacher really did this,” she told a local radio station.

Despite her doubts, the teacher reportedly acknowledger her wrongdoing and, according to Mashable, has (somehow) kept her job.

Maybe time will prove us wrong, but we can't see any schools adding this particular tool to their marking policies any time soon.

popular
Jake Paul accused of sexual assault by TikTok star Justine Paradise
People fighting over name of game where you knock on someone's door and run away
What Netflix’s Seaspiracy gets wrong about fishing, according to a marine biologist
Man faces three years in jail in Dubai for legally smoking marijuana in his own country
Flatpack expert charges people to assemble Ikea furniture after job loss
QUIZ: Can you get 20/20 in this desperately tricky capital cities quiz?
Spurs and City fan groups issue joint statement criticising ticketing for Carabao Cup final
You may also like
Music
Six ways Britney's '...Baby One More Time' video lied to us about school
Entertainment
Remember 'The Game'? Well congratulations, you just lost it again
Life
Five insufferable 'Back To School' posts you're going to see on your timeline this week
News
New 'Meet me at McDonald's' haircut causes outrage in schools
Life
WATCH: Huge feral boar rummage through garbage in shocking video
Next Page