"What the f**k you just said that first time?"

An online streamer has recorded himself being hit in the head by a Black security guard in New Orleans after using a racist slur while talking to her. 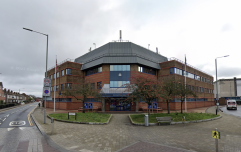 END_OF_DOCUMENT_TOKEN_TO_BE_REPLACED

In the footage, the white streamer, who has been identified as 'Loulz', approaches the woman, who appears to be working as a bouncer for a bar in the city, and asks her: "Excuse me, ma’m. Do you know where the n*****s play?"

In shock, the woman asks him to repeat himself and asks: "What the f**k you just said that first time?"

The streamer repeats the question but doesn't use the racial slur, before walking off. In the commentary to his video. Loulz admits that the woman heard what he said but keeps repeating the word to himself in private.

A friend of his then starts to call him back down the street and past the woman. He begins to protest that he said "people" and not the n-word and then yells at his friend: "She's gonna hit me daw. We gotta go."

The woman comes up to him and strikes him on the head, causing him to start bleeding. The video ends with the streamer threatening to call the police, at which point we then see his face which has blood on it.

You can see the clip below.

END_OF_DOCUMENT_TOKEN_TO_BE_REPLACED

Footage of the incident was posted on IP2 Always Win, which is the platform that the clip was originally shared on and that Loulz is active. The site appears to have a strong far-right presence with many of the comments and replies under the video using racist language, and the title of the clip using the n-word.

Footage of the incident taken by a CCTV camera has also been shared on the streaming platform.