The biggest ever gust was recorded in 1986

A wind gust of 122mph has been recorded on the Isle of Wight in what is believed to be a new record for England.

Wind across parts of Northern Ireland, Scotland and some Irish Sea coasts 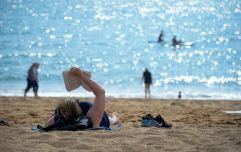 END_OF_DOCUMENT_TOKEN_TO_BE_REPLACED

Amid the general chaos caused by storm Eunice, a huge wind gust was reported at The Needles on the Isle of Wight, reports the Met Office. While Eunice is certainly gaining speed, the strongest ever gust was recorded in 1986 in Scotland, where winds reached 173mph.

This comes as the Met Office continues to issue red and yellow weather warnings across the UK. People have shared their storm experiences online, with comedy genius Matt Lucas tweeting: "Storm Eunice blew my gay away. I am cleansed."

Tree came down on our family house in Cobh this morning. Very lucky to say nobody was hurt, and only a few busted windows and a stray branch through the roof to show for it. Stay safe everyone #StormEunice pic.twitter.com/ipMue2eNFF 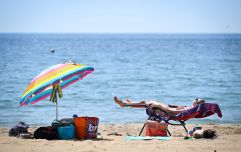 END_OF_DOCUMENT_TOKEN_TO_BE_REPLACED

Ellen shared a terrifying tale, she wrote:  Tree came down on our family house in Cobh this morning. Very lucky to say nobody was hurt, and only a few busted windows and a stray branch through the roof to show for it. Stay safe everyone."

Others shared important warnings: "Shelters are now open across London for those who are homeless under the severe weather emergency protocol scheme. Storm Eunice could pose a significant threat to life and councils are now compelled to open emergency accommodation." 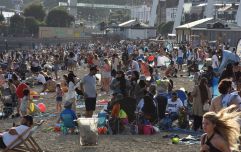 END_OF_DOCUMENT_TOKEN_TO_BE_REPLACED

"If you’re in the #UK and considering a #motorway journey today proceed with caution. Having said this I strongly advise against it. It’s windy out there," another wrote.

Pilots landing planes amid high winds are also gaining traction on Twitter, with one person writing: "This is unbelievable TV. #StormEunice meet live commentary of plans coming into land at #HeathrowAirport. Give this man his own show."

popular
Dad who left partner for Ukrainian refugee is now her full-time carer after she became partially blind
Tariq Lampety switches international allegiance ahead of Qatar World Cup
Piers Morgan took a piglet on his show and people don't know 'what the f*** is going on anymore'
Premier League club faces call to suspend international player over rape allegations
Elon Musk secretly fathered twins with his top executive, according to court documents
Bizarre moment Flash star Ezra Miller offers to 'knock out' store worker who wanted a selfie
You're Cristiano Ronaldo - choose your next club
You may also like
Life
Man found living in his car with 47 cats during sweltering temperatures
Weather
UK weather: Met Office issues three-day heat alert as temperatures are set to rocket to 34C
Life
UK set for hottest temperatures in 40 years as heatwave arrives this week
News
Next week could to see UK’s hottest day of the year so far, Met Office predicts
News
Brits set to enjoy four-day 24C heatwave this weekend
Next Page