Sports Direct founder Mike Ashley has come before MPs today to explain some of his high street chain's most controversial employment policies - and the picture that emerges about what it's like to work at one of its key warehouses is pretty bleak indeed.

Ashley has admitted that docking 15 minutes pay for being one minute late for work at his Sports Direct Shirebrook Warehouse in Derbyshire is "unacceptable" and "unreasonable".

Other grim employment details are coming out as the Business, Innovations and Skills Parliamentary Select Committee investigate working practices at the Derbyshire warehouse.

END_OF_DOCUMENT_TOKEN_TO_BE_REPLACED

Simon Neville, business editor with BuzzFeed UK, is inside the committee hearing and has been live-tweeting proceedings.

Plenty of information on the pay practices and the use of zero-hour contracts at the company came out during the hearing:

These pre-paid debt cards are mostly given to workers from Eastern Europe: 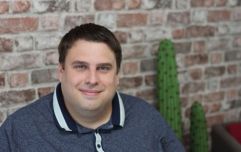 END_OF_DOCUMENT_TOKEN_TO_BE_REPLACED

The Unite union, which represents the warehouse workers, also shared these alarming details about work conditions:

A BBC investigation last year said that ambulances were called out to Sports Direct's facilities in Derbyshire 76 times in two years.

He admitted he's not Father Christmas...

Somehow through all this he seemed to be doing well...

Ashley is winning this now. The exasperated, blustering, frustrated magnate.

Despite some alarming claims from unions...

There were reports about sexism towards female staff...

...which led to this The Thick Of It-style moment:

The agency Transline, which supplies staff to Sports Direct, also came in for a grilling:

They dispute the evidence that has been heard so far, of course:

So what's going to happen as a result of all this disclosure?

Well, Ashley says he's involved in an "ongoing process" of investigating working conditions - though it's not clear if he's ultimately the one who can and will implement any changes.

Plus his stated commitment to transparency has been called into question:

Do you work, or have you worked at a Sports Direct, or on a zero hour contract somewhere else? If you want to share your experiences confidentially, mail us: [email protected], or message us on Facebook.

popular
Tourist dies after losing arm and leg in shark attack at popular resort
Jordan Peterson suspended from Twitter over Elliot Page comment - says he won't apologise
Stranger Things: Spotify will choose which song would save you from Vecna
Adele fans have 'mad respect' for her after she stopped her Hyde Park gig to help someone in distress
Threesome sees 60-person brawl break out on cruise ship, says passenger
The JOE Friday Pub Quiz: Week 301
Liam Gallagher is getting rinsed for endorsing Clarks but the collaboration makes perfect sense
You may also like
Life
Man accidentally paid 286 times his salary resigns and disappears
Life
You can get paid £20k to 'work' IN a video game
Life
‘World’s worst boss’ makes us PAY to drink water from our cooler at work – it’s outrageous
Business
'Four-day working week with same pay transformed workers' lives' says UK bank
News
How to turn 26 days of annual leave into 62 days of holiday
Next Page