Amazon are about to start trialing drone deliveries.

But some crafty smugglers have already been road-testing the idea - with drugs, weapons and a mobile phone. 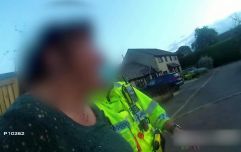 END_OF_DOCUMENT_TOKEN_TO_BE_REPLACED

Police say attempts were made to fly a drone carrying the illegal goods into Bedford jail.

But the 'pioneering flight' failed when the remote-controlled vehicle became caught in netting outside the prison.

Jailers found a parcel containing drugs, the phone, a knife blade and screwdrivers.

Maybe leave the drone deliveries to Amazon in future.