Shooting at mosques in Christchurch leaves 40 dead and 20 injured

It's the worst mass shooting in New Zealand's history

Multiple explosive devices have also been found attached to cars, prompting commissioner Mike Bush to urge all mosques across the country to close temporarily.

30 people died at Al Noor mosque on Dean’s Road and there were 10 more fatalities at the Linwood Islamic Centre on Linwood Avenue.

Three men and one woman were taken into custody, one of whom has since been released. It is thought that other suspects could still be at large.

It is the worst mass shooting in the country's history, and New Zealand's prime minister Jacinda Ardern has said it is "one of New Zealand's darkest days."

Ardern condemned the shooters' ideology, saying: “You may have chosen us but we utterly reject and condemn you."

The country's threat level has been raised from low to high and none of the suspects were on terrorism watchlists, Ardern also confirmed. 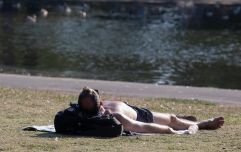 UK heatwave to continue throughout most of next week

END_OF_DOCUMENT_TOKEN_TO_BE_REPLACED

When the shooters opened fire, Christchurch went into lockdown. Climate change protests going on nearby were evacuated, while council staff looked after children who were separated from their parents until it was safe to reunite them.

The Bangladeshi cricket team is currently on tour in New Zealand, and were outside the Masjid Al Noor at the time of the attack, but they all escaped unhurt.

“They have chosen to make New Zealand their home, and it is their home. They are us,” she told reporters.

“The person who has perpetuated this violence against us is not. They have no place in New Zealand.”

.@jacindaardern: The strongest possible condemnation of the ideology of the people who did this.

You may have chosen us, but we utterly reject and condemn you.

She went on to say that New Zealand was chosen as the victim of this attack because of its tolerant, welcoming worldview.

“We New Zealanders were not chosen for this act of violence because we condone this racism, or because we are an enclave of extremism, we were chosen for the very fact that we are none of these things,” she said.

“I want to send a message to those directly affected...For many this may have not been the place they were born. For many New Zealand was their choice, a place they actively came to and committed themselves to...it was a place where many came to for their safety. A place where it was safe to practice their culture and religion.

“We represent diversity and compassion, a home for those who share our values, a refuge for those who need it. And those values will not and can not be shaken by this attack. We are a proud nation of more than 200 ethnicities and 160 languages.”

She issues “the strongest possible condemnation of the ideology of the people who did this”.

“You may have chosen us but we utterly reject and condemn you.”


popular
The most overrated (and underrated) gym exercises of all time
Who is the most handsome footballer in the Premier League?
The JOE Friday Pub Quiz: Week 203
Young guys absolutely lose it hearing Phil Collins' In The Air Tonight for the first time
QUIZ: Name every WWF champion from the Attitude Era
Can you guess who Noel Gallagher is slagging off?
The 11 unbreakable rules of making a cup of tea