Shamima Begum believes UK government is 'making an example of her'

Shamima Begum, who had her UK Citizenship revoked by the Home Secretary Sajid Javid, has said that the UK government has made an example of her and that she regrets ever speaking to the media.

In an interview with the Telegraph Begum, who left Bethnal Green aged 15 to flee to Syria, said: "They are making an example of me. I regret speaking to the media. I wish I had stayed low and found a different way to contact my family. That’s why I spoke to the newspaper."

Begum, who is now in a Kurdish controlled camp in Syria alongside baby son Jarrah, and two other British-born women, also remarked on the lack of contact from the Home Office lead by Javid. "They haven’t given me that courtesy," she said.

Now 19, Begum originally spoke to the media to say she wanted to return to the UK with her newborn son. Her British citizenship was then revoked by Home Secretary Sajid Javid just days later.


Labour leader Jeremy Corbyn has been amongst those to criticise Javid's actions, believing that because Begum was originally a British citizen she must now return here for questioning. Javid said he was able to remove British citizenship if it did not leave a person stateless, but is not able to comment on individual cases. 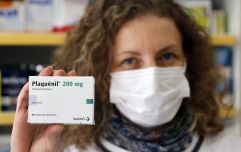 END_OF_DOCUMENT_TOKEN_TO_BE_REPLACED

Shamima Begum, who is of Bangladeshi heritage, was suspected of having citizenship there but the country's minister of state for foreign affairs, Shahriar Alam, denied this.

Legal experts have since claimed that the Home Secretary's actions could be viewed as ‘racist’ unless he also acted in the same way towards white British Isis recruits. Amanda Weston QC, a leading public law barrister, said: "This has all the flavour of a case not being decided on the legal facts but on its political and financial merits."

The Begum family's lawyer Tasnime Akunjee said she was born in the UK, has never had a Bangladeshi passport and is not a dual citizen.


popular
Nando's is coming back this week
QUIZ: Who said it - Prince Philip or Michael Scott?
Piers Morgan calls out Dominic Cummings for eyesight claims in press conference
QUIZ: Can you guess the Leonardo DiCaprio movie from a single image?
OH WHAT A NIGHT: When Manchester United clinched the Treble, by the fans who were there
The hardest brand logo quiz you'll ever take
The JOE Friday Pub Quiz: Week 192