Shamima Begum cannot return to the UK to contest the removal of her British citizenship, according to a Supreme Court ruling. 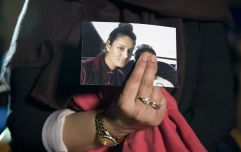 END_OF_DOCUMENT_TOKEN_TO_BE_REPLACED

The 21-year-old left Bethnal Green in east London in 2015 as a child, alongside two friends, to join Islamic State.

She was previously permitted to return to the United Kingdom by the court of appeals, but this has been overturned by the Supreme Court.

Shamima Begum should not be allowed to return to the UK to pursue an appeal against the removal of her British citizenship, the Supreme Court has ruled

"The Supreme Court unanimously allows all of the Home Secretary's appeals and dismisses Ms Begum's cross-appeal."

He added: "The right to a fair hearing does not trump all other considerations, such as the safety of the public. 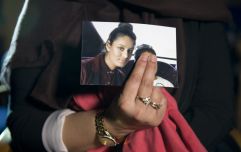 END_OF_DOCUMENT_TOKEN_TO_BE_REPLACED

"If a vital public interest makes it impossible for a case to be fairly heard then the courts cannot ordinarily hear it.

"The appropriate response to the problem in the present case is for the deprivation hearing to be stayed - or postponed - until Ms Begum is in a position to play an effective part in it without the safety of the public being compromised.

"That is not a perfect solution, as it is not known how long it may be before that is possible.

"But there is no perfect solution to a dilemma of the present kind."

Begum was stripped of her citizenship on security grounds in 2019 by then home secretary Sajid Javid, who stated that she was eligible for Bangladeshi citizenship due to the fact her parents had been born there. 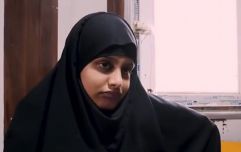 Bangladesh says it will pursue the death penalty for Shamima Begum

END_OF_DOCUMENT_TOKEN_TO_BE_REPLACED

Under international law, someone can only be stripped of citizenship if they are also entitled to citizenship in another country.

Two years ago, the Special Immigration Appeals Commission ruled that Javid's decision was legal, and that she had not been made stateless.

Javid's decision quickly prompted a legal challenge, in which her legal team claimed that she was unable to properly defend herself due to her being in a Syrian camp.

Begum had left England in 2015 as a 15-year-old to join the Islamist militant group at the height of its power in 2015. She was later discovered pregnant in a refugee camp in Syria.

Her child died shortly after Javid's decision to strip her citizenship.