We could end up losing a whole second from global time

Our planet is spinning at its fastest rate since records begun, making days shorter and leading scientists to think we may have to lose a full second from a typical day. 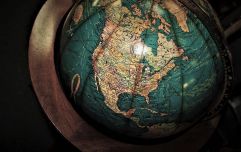 END_OF_DOCUMENT_TOKEN_TO_BE_REPLACED

June 29 was the shortest day since the 1960s, scientists claim, because the Earth spun faster than it normally would.

A day on Earth is 24 hours long on average - or 86,400 seconds to be precise - but Leonid Zotov, a scientist at the Sternberg Astronomical Institute of Lomonosov Moscow State University, said June 29 was 1.59 milliseconds shorter.

And while it may sound like an insignificant amount, this could lead to us losing more time in the future.

END_OF_DOCUMENT_TOKEN_TO_BE_REPLACED

Zotov and his team found that the Earth has been turning faster since 2016, which hugely shocked scientists, given that they previously thought the Earth had been decelerating over the past few centuries.

Days in 2021 remained normal but scientists recorded the shortest 28 days in 2020.

This isn't the first time the trend for deceleration has been interrupted. Scientists have observed three periods of ups and downs since the 1960s, with gaps of about 20 years between them.

END_OF_DOCUMENT_TOKEN_TO_BE_REPLACED

Since 1973, International timekeepers at the International Earth Rotation and Reference Systems Service (IERS) have occasionally been adding a “leap second” in line with the Earth's spin slowing down, and in order to keep atomic clocks accurate.

But this “rare event” in which the trend is, for the first time, in the other direction, could require the first-ever "drop second" - the official removal of a second from global time.

As Zotov explained to Forbes: “In each of the epochs it rotates quicker and quicker. If acceleration continues, the question of a one second subtraction from Universal Time would become actual.”

Scientists can't currently say why this is happening for sure but Zotov and his team recently published a study outlining possible reasons.

Speaking about the possibility of a drop second, Zotov said: “I hope that Earth’s acceleration stops and we don’t need to subtract a second, but who knows? Predicting variations in Earth’s rotation is almost as difficult as predicting stock prices.”