Scientists call for lockdown restrictions to remain in place until May

Politicians have previously said lockdown could end as early as March

British scientists have warned against a rapid easing of lockdown restrictions in the United Kingdom until a large enough proportion of vulnerable groups have been administered the vaccine.

A slower approach to exiting lockdown, with restrictions not eased until May at the earliest, has been advised.

Leading epidemiologists have estimated that as many as one million people in Britain's top priority groups would remain vulnerable, even with a 90 percent uptake in the vaccine amongst them.

The warning came as politicians have suggested that lockdown restrictions could end as soon as March, with Professor Mark Woolhouse of Edinburgh University saying that simulations carried out by himself and his team had found that an early relaxation of restrictions led to a massive resurgence of the virus.

“It's quite possible we will get a resurgence,” he said. “There's no possibility up to phase one [of the vaccine rollout] that we've reached the herd immunity threshold and … there are still vulnerable people in the population who may get infected." 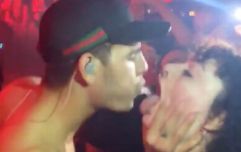 END_OF_DOCUMENT_TOKEN_TO_BE_REPLACED

Woolhouse stated that the warning was not based on any failure with regards to the vaccine's efficacy, and more to do with basic numbers, and the large quantity of unvaccinated people.

“It's this 90 per cent figure that is important. It doesn’t have to be gaps in the effectiveness of the vaccine, its failure to protect – it's not that. It’s mostly about the people who haven’t had the vaccine, and if there are large numbers of them, that's a problem," he said.

"That is more people in that group than have already had the infection. So it's clear there's the potential for a bigger epidemic at some stage."

Weeks into the latest lockdown, the UK continues to see hundreds of Covid deaths daily. 1,820 people died on Wednesday, the highest number of the pandemic to date.

popular
The JOE Friday Pub Quiz: Week 232
Scarlett Moffatt Discovers ‘30% Rain’ On Weather App Doesn’t Mean Chance of Rain
Aldi announce new packaging ban to come into action across supermarkets nationwide
Slowthai agrees to stop spitting in fans' mouths at gigs due to Covid-19
A definitive ranking of every swear word from worst to best
Adam Sandler has officially greenlit Happy Gilmore 2
UEFA likely to choose England as sole host nation for Euro 2021
You may also like
News
UK daily coronavirus deaths fall by half in past two weeks
News
People are calling on the government to make June 21st an official bank holiday
News
Piers Morgan lambasts Matt Hancock over claim UK had 'no shortage' of PPE
Sport
Man United plunged into Covid-19 crisis as multiple coaches test positive
News
Every adult in the UK to be offered Covid-19 vaccine by end of July
Next Page