Sarah Everard has been missing since last Wednesday

The serving Metropolitan police officer arrested over the disappearance of Sarah Everard has been charged with murder. 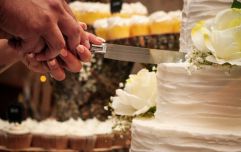 END_OF_DOCUMENT_TOKEN_TO_BE_REPLACED

According to police, the man was also arrested over a separate allegation of indecent exposure.

The man, in his 40s, had initially been arrested on suspicion of kidnapping.

A woman was also arrested at the same location on suspicion of assisting an offender. She has been taken into custody at a London police station.

Everard, 33, was last seen in Clapham at approximately 9pm last Wednesday, after leaving a friend's home in Leathwaite Road. It's understood that she spoke to her partner on the phone after leaving, with the call ending at 9.28pm.

The last known sighting of her came as the result of a doorbell camera in Clapham.

The camera showed Everard walking alone along the A205 Poynders Road towards Tulse Hill, just south of Brixton, at approximately 9.30pm.

She has not been seen or heard from since.