Boris Johnson is facing calls to resign as prime minister after a court order found him to have misled parliament over the publication of Covid-19 contracts.

With his government riddled with allegations of cronyism over the manner in which they've allocated contracts to firms during the pandemic, the prime minister has insisted that all contracts were "on the record".

However, the High Court on Friday stated that 100 contract out of 708 relevant ones had not been published. The government, the order has said, "acted unlawfully" in doing so.

The order, by judge Mr Justice Chamberlain says: “The Defendant has published 608 out of 708 relevant contracts for supplies and services relating to COVID-19 awarded on or before 7 October 2020.

"In some or all of these cases, the Defendant acted unlawfully by failing to publish the contracts within the period set out in the Crown Commercial Service’s Publication of Central Government Tenders and Contracts: Central Government Transparency Guidance Note (November 2017)."

Following the news, the hashtag #ResignBorisJohnson trended on Twitter, with thousands of users highlighting that parliamentary code states that any minister found to have misled parliament should resign from their post.

“Ministers who knowingly mislead Parliament will be expected to offer their resignation”#ResignBorisJohnson #ResignJohnson #ToriesOut https://t.co/ENRDCmyYqL

These useless fuckers think they deserve a White House style room, to plan the best way to take money from the public purse & fuck the NHS 😡😡#BBCBreakfast #ResignBorisJohnson #ToriesOuthttps://t.co/5MNW6610pw

Given his track record of misleading pretty much anyone and everyone to reach the top of the political gain, you can expect Johnson to completely ignore these calls for his resignation. 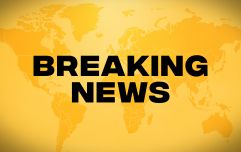 END_OF_DOCUMENT_TOKEN_TO_BE_REPLACED

Johnson's government are also facing criticism for the pitiful 'pay rise' of just one per cent given to NHS nurses as part of their 2021 budget.

The 'pay rise' will in real terms act as a pay cut, given it is below the projected rate of inflation for the coming year.

As JOE's Nadine Batcherlo-Hunt writes: Should we be paying for government cronies, monarchies, and dodgy ministers? Or paying the people that save our lives - who deliver us into the world, look after us throughout our lives, and die for us trying to save us during a pandemic?

And the government won't be able to clap their way out of this one.