The incident occurred at at 1.30am this morning.

Former Aston Villa star Dalian Atkinson has died after being tasered by the Telford police during an altercation at 1.30 am this morning.

48-year-old man who died after being tasered by police in Telford named as former Aston Villa player Dalian Atkinson pic.twitter.com/VuYLsAP1qC 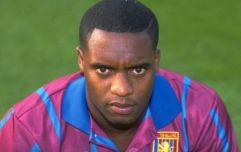 END_OF_DOCUMENT_TOKEN_TO_BE_REPLACED

The police have released a statement to The Shropshire Star which reads "Officers responded to a report for the concern for the safety of an individual at approximately 1.30am this morning at an address in Telford.

"Upon arrival taser was deployed and a 48-year-old man, who subsequently received medical attention, was pronounced dead at approximately 3am. 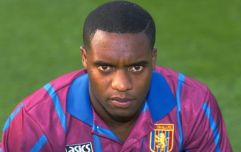 END_OF_DOCUMENT_TOKEN_TO_BE_REPLACED

"West Mercia Police are unable to comment any further as the incident has been referred to the Independent Police Complaints Commission (IPCC) as is normal procedure, and will assist the IPCC with their inquiries."

A West Midlands Ambulance Service spokesman said: “We were called by West Mercia Police to an address in Meadow Close in the Trench area of Telford at about 1.45am this morning. An ambulance was dispatched and upon arrival found a man who had been ‘tasered’."

His most iconic moment came in October 1992, with a magnificent solo goal against Wimbledon in a 3-2 away win at Selhurst Park, which won a BBC Match of the Day Goal of the Season competition for the 1992-93 season, the first season of the new FA Premier League, when Villa finished runners-up.

In the latter part of his career, Atkinson played for a number of clubs abroad, including Fenerbahçe, Metz, Al-Ittihad in Saudi Arabia, and both Daejeon Citizen and Jeonbuk Hyundai Motors in South Korea.