Conversion therapy is still not banned, but sure, a coin is cool too

To mark the 50th anniversary of the first Pride events in the UK, Royal Mint has unveiled its new pride-themed 50p coin. 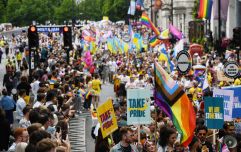 London Pride: Over a million to gather in the capital for 50th anniversary parade

END_OF_DOCUMENT_TOKEN_TO_BE_REPLACED

After gay codebreaker Alan Turing became the face of the £50 note last year, Royal Mint on Wednesday revealed a new commemorative coin, this time featuring the many colours of the pride flag.

The coin was designed by LGBTQ+ activist and artist Dominque Holmes alongside Pride in London, who was able to bring the colours to life through “state-of-the-art colour printing technology." The coin also features the words “Pride”, “Protest”, “Visibility”, “Unity”, and “Equality."

We are delighted to reveal a 50p designed by East London artist, writer, and LGBTQ+ activist, Dominique Holmes celebrating 50 years since the first UK Pride event! Sign up for launch updates: https://t.co/KVtO4nb6Tf pic.twitter.com/3BQl22hrmc 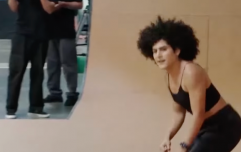 END_OF_DOCUMENT_TOKEN_TO_BE_REPLACED

Alongside the coin, Royal Mint is also donating £40,000 to London LGBT Community Pride

Pride flags are a huge topic of debate within the LGBTQ community, with many people wanting to keep the flag the same. However, Royal Mint has incorporated aspects of the "progress" flag, which pay tribute to the Transgender community through the white, pink and blue stripes. Also featured are the black and brown stripes that represent Queer people of colour.

“It was a privilege to visit The Royal Mint as part of our partnership and see our coin being made," said Pride in London's Asad Shaykh. “It humbles me greatly that the words that I coined for the brand will be on an actual coin, opposite the Queen."

We're excited to announce that we've partnered with @RoyalMintUK to launch a 50p pride coin to celebrate 50 years of the UK Pride movement! https://t.co/r9ZhfEKxeo @Independent pic.twitter.com/rlJQ0TbEzo 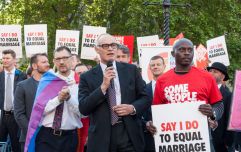 END_OF_DOCUMENT_TOKEN_TO_BE_REPLACED

He added: “This queer brown immigrant has come a long way, powered by hope, love and this city. Nowhere in the world had this been possible, except the UK. Pride in London feels very proud today.”

Clare Maclennan, director of the commemorative coin at the Royal Mint said: “The 50th Anniversary of Pride UK is a milestone celebration, and it is a privilege to mark 50 years of progress with this 50p coin.

“This is the first-ever UK coin dedicated to Britain’s LGBTQ+ community, with colour printing technology capturing the spirit of Pride UK with its iconic rainbow colours."

Unfortunately, the coin will not join general circulation but will be available to purchase through The Royal Mint website this summer.