Ford had been invited onto the programme to discuss Insulate Britain's latest protest action.

10 seconds into the exchange, Graham asked Ford how "safe" for the climate his job was.

Ford, a carpenter who works with wood, explained it's a sustainable building practice, as "wood is regenerative, you can grow trees" before adding "you can't grow concrete".

Graham, perplexed, said: "Yes you can". 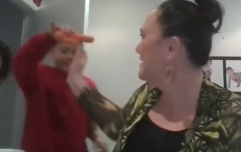 END_OF_DOCUMENT_TOKEN_TO_BE_REPLACED

A period of stunned silence followed.

Graham ended the one-minute interview concluding: "That was Cameron, he grows trees, cuts them down and then makes things from them.

"I don't think I ever want to talk to any of those people".

A spokesperson from Full Fact confirmed concrete is made, not grown

Political sketch-writer at the Independent Tom Peck described Graham as "one of the all time greats of the genre".

In which Mike Graham claims that concrete grows on trees then ends the interview thinking he’s embarrassed the other guy. Glorious stuff this. One of the all time greats of the genre. https://t.co/PbC8FzbaNi

Writer Mollie Goodfellow called out to Twitter hive-mind gardeners. She said she had been "watering my concrete for weeks, but it's just not thriving, do you have any advice'

Me, emailing Gardener’s Question Time: I’ve been watering my concrete for weeks, but it’s just not thriving, do you have any advice

Journalist Alex Goy commended Graham, who by pointing out you can grow concrete, might have solved the housing crisis.