Bill Browder, prominent critic of Russian President Vladimir Putin, has been arrested on a Russian warrant.

The British financier was arrested in Spain on Wednesday morning, according to a series of tweets sent by Browder. He was released by Spanish police shortly after, following advice from Interpol's Secretary General not to honour the warrant. 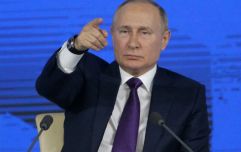 END_OF_DOCUMENT_TOKEN_TO_BE_REPLACED

An outspoken critic of Putin's premiership, Browder campaigned for investigations into corruption in Russia, where he had previously been a major investor.

"In the back of the Spanish police car going to the station on the Russian arrest warrant," Browder tweeted. "They won't tell me which station." Browder also tweeted a picture of the arrest warrant.

This is the arrest warrant pic.twitter.com/Cr1Sf4vS4a

The US-born businessman had been engaged in a long dispute with the Kremlin after his lawyer, Sergei Magnitsky, uncovered a massive tax fraud linked to Russian officials. Magnitsky was subsequently arrested and died in Russian prison in 2009.

Browder himself was tried by a Russian court for tax evasion in 2013, though he was not present for the trial. Interpol previously refused to pursue Browder, calling the sentence "predominantly political in nature".

Urgent: Just was arrested by Spanish police in Madrid on a Russian Interpol arrest warrant. Going to the police station right now. 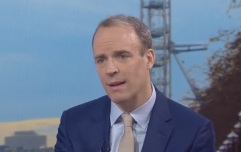 END_OF_DOCUMENT_TOKEN_TO_BE_REPLACED

Browder appeared on JOE's Unfiltered with James O'Brien, recounting the discovery of Russian corruption, the events that led to Magnitsky's death in prison and the creation of the Magnitsky Act, a piece of legislation that issues sanctions against corrupt Russian officials.

He had been campaigning for countries to adopt the act, with the US, UK, Canada, Estonia, Lithuania and Latvia all passing versions of the law.