A member of the feminist punk band and activist group Pussy Riot has been hospitalised and remains in a critical condition. 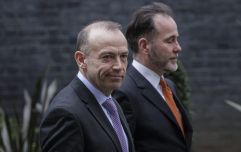 END_OF_DOCUMENT_TOKEN_TO_BE_REPLACED

Petr Verzilov, who invaded the pitch during the World Cup final this summer, is suspected of being poisoned according to local media reports.

Verzilov is currently in the intensive care unit in a Moscow hospital and is being treated by toxicologists, according to another member of Pussy Riot, Veronika Nikulshina.

She states that Verzilov starting feeling unwell after a court hearing and lay down around 6pm. Soon after, he began to lose his sight, speech and mobility. Paramedics arrived to find his condition rapidly worsening and when he was ushered into an ambulance he began convulsing and "babbling".

“He fell into such a half-asleep, half-unconscious state that he stopped responding to me and didn’t even recognize me anymore," Nikulshina told media outlet Meduza.

Mr Verzilov and Ms Nikulshina were two of the four Pussy Riot activists entered the pitch during the World Cup final on July 15 in Moscow. They were each sentenced to 15 days in jail.

Our friend, brother, comrade Petr Verzilov is in reanimation. His life is in danger. We think that he was poisoned. https://t.co/BYVl4rir1a

The poisoning claim comes just days after Russian President Vladimir Putin said that the two men, accused of carrying out a poisoning of an ex-Russian spy on British soil, were "civilians" and not agents of Russian security services.

END_OF_DOCUMENT_TOKEN_TO_BE_REPLACED

Former spy Sergei Skripal and his daughter, Yulia, were found dead on a park bench in Salisbury on March 4.

It was later determined that they had been poisoned with a powerful nerve agent called Novichok, which investigators have since tied to the Russian government.